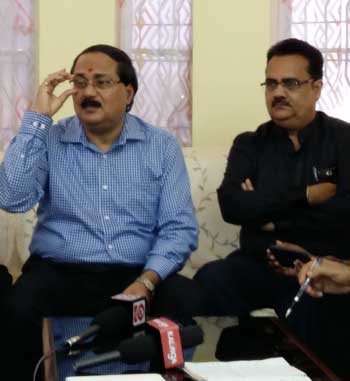 The CMD was interacting with presspersons at Nalco here on Independence Day after hoisting the national flag at smelter.The was the first time that any NALCO CMD came down to an unit to unfurl the tricolor on this occasion.He was here for three days to hear the grievances of the local affected people.“Pottangi bauxite mine already has been earmarked by Centre and its lease sanction to NALCO is awaited at the state government level for a long.Now we need it very urgently to set up a new alumina refinery and execute the expansion of Nalco,” said Chand.He said NALCO like other aluminium majors across the world is facing worst crisis currently due to sharp drop in metal demand in both domestic and international market, which has slashed the sale price to the level of 1540 US dollars as against the cost of production of nearly 1800 dollars.In such a situation, aluminium production is not economically viable and for that some of the aluminum plants already are closed.“But NALCO will never shut down its smelter at Angul which is producing aluminium rather is determined to combat the crisis head on in collaboration with other aluminium producers in the country,” the CMD asserted.“We all the producers of aluminum producer are meeting at national capital soon to devise strategies how to overcome this demand drop and price fall situation.Among the possible plans the creation of a broad based consumer market for aluminium in the country is one,” he added.Chand also hinted that NALCO already had initiated some measures here to tackle the situation by adopting two pronged approaches.These are reduction of cost of production without touching welfare activities and revenue maximization by producing other products among others.The company CMD meanwhile has launched ‘Nalco Ki Ladli’ Scheme, to mark the 69th Independence Day Celebration under the ‘Beti Bachao, Beti Padhao’ programme initiated by the Centre.