Odisha Channel Bureau Bhubaneswar, Aug 29: In a rare show of protest, opposition Congress and BJP boycotted the Odisha Assembly proceedings for the third consecutive day on Saturday, the last day of the monsoon session.Opposition MLAs, who protested and walked out of the House in protest against the action of the Speaker and the manner in which four Bills were passed on Thursday, had boycotted the proceedings on Friday.As the opposition continued their boycott of the proceedings for the third consecutive day on Saturday, Speaker Niranjan Pujari adjourned the House till 3 pm at the end of the question hour. 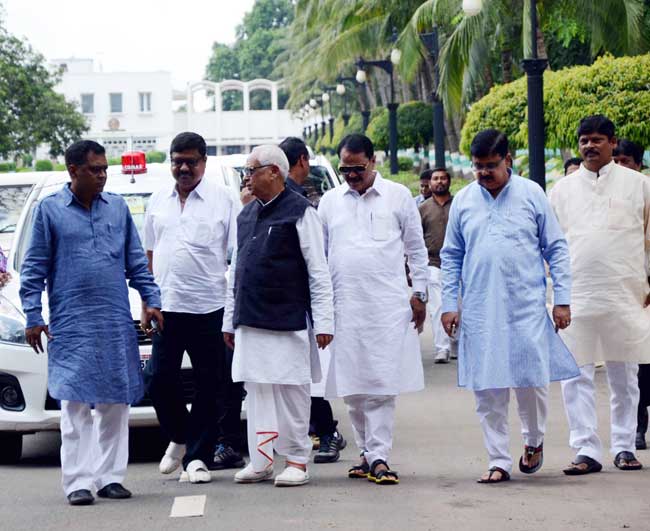 Meanwhile, the Congress MLAs led by Leader of the Opposition Narasingha Mishra sat on dharna near the Mahatma Gandhi statue inside the Assembly premises expressing their concern over the continuing spate of infant deaths at the Sishu Bhawan in Cuttack due to alleged negligence.As the infant death toll at Sishu Bhavan increased to 45 on Saturday, Narasingha Mishra termed the Naveen Patnaik Government as mythical demoness Putana.A large number of doctors’ posts are lying vacant in Sishu Bhavan, Mishra said. 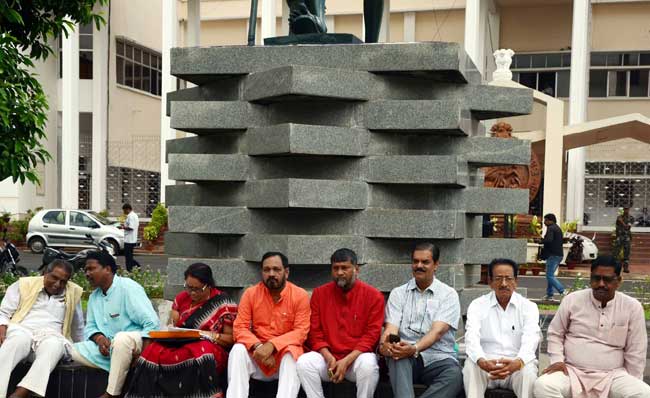 The agitating MLAs also raised their protest against the partisan role of the Speaker in the House and an attempt to gag democracy.The Congress delegation had also urged the Governor not to approve the four Bills, including the Odisha Land Grabbing (Prohibition) Bill, 2015, which were passed in the House in the absence of the opposition on Thursday evening.While the BJP MLAs had staged a protest dharna against the Speaker’s action to ensure passage of the four Bills on Friday, a delegation of Congress legislators had met Governor S.C.Jamir at the Raj Bhavan seeking his intervention in the matter.