Odisha Channel Bureau
Vijayawada: “We have clearly laid the facts about our one and half year governance in the assembly, but the opposition TDP has failed miserably to play a constructive role and resorted to cheap tricks to disrupt the house, said Municipal Administration Minister Botsa Satyanarayana. 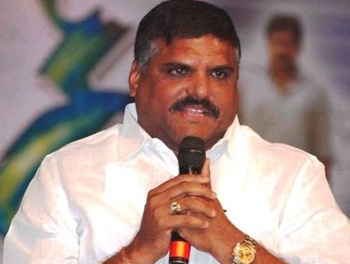 Addressing a press conference at Tadepalli bear here Saturday, the Minister said that the opposition leaders had been vindictive and intentionally tried to create chaos in the House, despite the discussions being taken as per the choice of opposition. “Chandrababu Naidu says he has 40 years of experience and worked as Chief Minister for three times, but still, he doesn’t know how to take up opposition role in the assembly. Against the rules, Chandrababu squatted at the Speaker podium, setting a new record,” he said.

Chief Minister Y.S. Jagan Mohan Reddy and other leaders had clearly laid the facts on Polavaram project, along with other welfare schemes, where over Rs.67,000 crore was directly credited into the beneficiaries’ accounts. While the Chief Minister affirmed that the height of Polavaram would not be reduced, opposition leaders with their friendly media constantly distorted the facts and tried to mislead people, he alleged.

Satyanarayana said Chandrababu Naidu and his team failed in addressing public issues as an opposition party and tried to gain sympathy from the public by getting suspended from the Assembly.

The opposition was given the opportunity to speak in the House but all they created was chaos, and even pointed fingers threatening the Speaker.