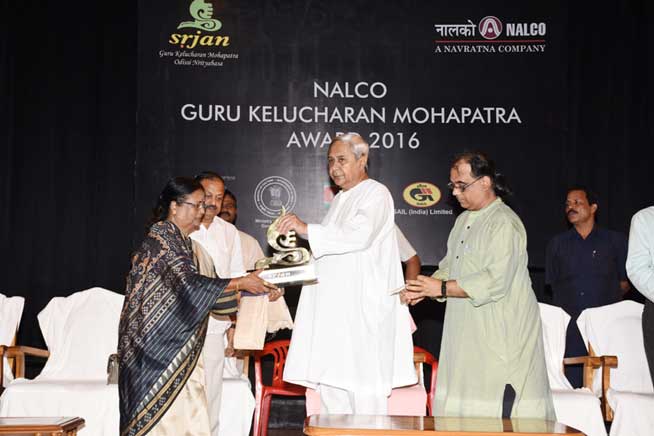 On the concluding evening, the artistes of Srjan presented a dance drama titled “Tyaga”.It was the story of Anusuya, her leper husband Bishnu Das and Lakhyaheera. How Anusuya sacrificing her life, the students of the Srjan beautifully presented before the audience.The choreography of this flawless presentation was by Guru Ratikant Mohapatra, the music was composed by Lakshmikant Palit, the script written by Jayadev Das, music arrangement by Tarakanta Panda and narration by Aditya Mahapatra. 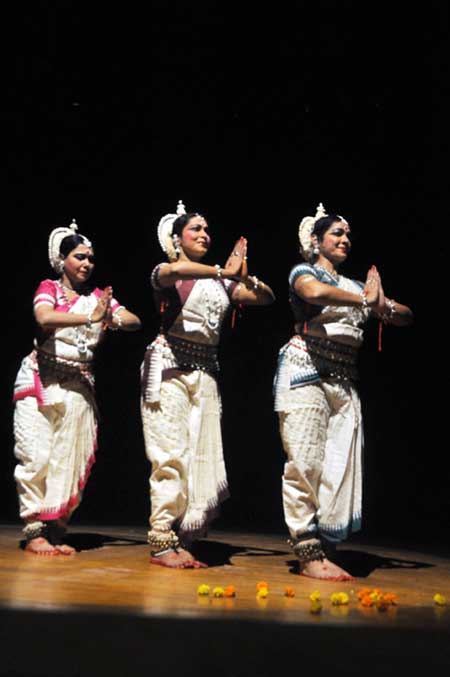 Rajashri Praharaj, Sipra Swain, Aishwarya Singh Deo, Riyanka Chakrabarty, Pragna Parimita Das, Preetisha Mohapatra, Ritu Sengupta & Sanjay Kumar Behera, and light was by Jayadev Das & Debiprasad Mishra and costume by Odissi Tailor and Baikuntha DasThe award was instituted in the year 1995 with a view to generating a feeling of cultural amity amongst the performing arts fraternity and acknowledging the excellence and contribution of great artists in the field of dance, music, theatre and cinema.Guru Ratikanta Mohapatra, the torch-bearer of his father Guru Kelucharan Mohapatra’s legacy, is committed to reach out the nook and corner of the Globe with all its pristine glory and purity.Srjan (Guru Kelucharan Mohapatra Odissi Nrutyabasa) founded in 1993 by Guru Kelucharan Mohapatra has pioneered the cause of recognizing the talents and achievements of individual artists in different art forms.On fourth evening of the award festival on Thursday, it was another splendid performance of Kathak and flute recital.

The first programme of the evening was Kathak dance by renowned Kathak maestro Guru Asimbandhu Bhattacharya who started with an invocatory piece in honour of Lord Shiva followed by Toda, Tukuda and Dhama that brilliantly executed with lightening footwork and layakari.His last presentation was Najam, a reflection of love which music was composed by Jagjit Singh and dance was choreographed by himself. His ground-breaking technique Kathak Yoga, a choreographic innovation presented with a great dexterity and precision mesmerised the art-connoisseurs.

He was accompanied by Subhankar Banerjee on Tabla, on Sitar Chandrachur Bhattacharjee, on Vocal Debasish Sarkar and on Manjira Ranjani Bhattacharjee.The second programme of the evening was flute recital by Pandit Praveen Godkhindi.He played on Flute blending classical starting with Rag-Marubihag, Tal- Rupak and Hansadhawni followed by north Indian and with a number of fusion music pieces punctuated.His composition and improvisation of the essence and spirit of Rag were orchestrated flawlessly much to the joy and ecstasy of the music lovers.He was accompanied on Tabla Satyajit Talwalkar.The third evening of the GKCM Award Festival on Wednesday showcased the beautiful blend of rhythm, movement and music of Odissi represented by eminent dancer Rahul Acharya followed by flawless and expressive performance of Tabla by Pandit Yogesh Samsi. 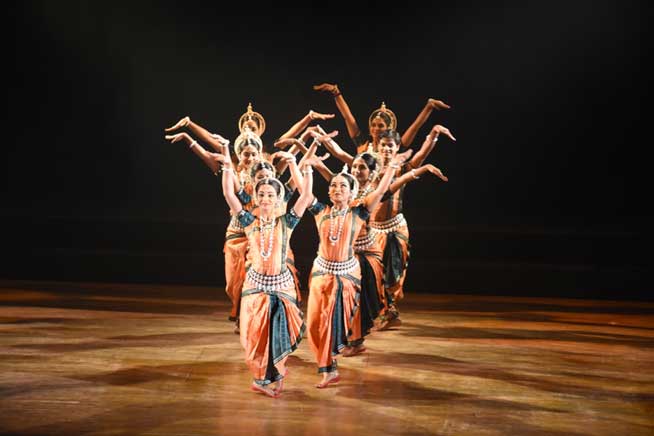 Acharya’s first presentation was “Harihara Mangalacharan” set to Rag-Bhatiar & Pahadi and Tal-Ektali.The music and dance choreographed by Guru Durga Charan Ranbir was followed by “Pallavi” set to Rag-Chakrabak, Tal-Ekatali.And music was composed by Nirmal Mohapatra and dance choreographed by Guru Durga Charan Ranvir.Another presentation by Acharya was “Priya Charushile” followed by “Mokshya”.Music accompaniment in Manjira by Guru Durga Charan Ranbir, Mardala by Niranjan Patra, vocal by Sukanta Kumar Kundu, violin by Ramesh Chandra Das and flute by Srinibas Satapathy.Second item of the evening was Tabla Badana by Pandit Yogesh Samsi.Pandit Samsi’s genius is his ability to evolve a distinctive style of his own without diluting the sanctity of tradition with which has been mesmerizing audiences all over the globe.His intricacies on the table have captured the hearts of both the young and veterans alike.

He was accompanied by Tanmay Deochake in Harmonium.The second evening showcased the beautiful blend of elegance, purity, precision and aesthetics of Bharatanatyam presented by eminent Guru Satyanarayan Raju and Sitar play by Ustad Shahid Parvez Khan.The evening’s first programme started with invocatory piece of Ram Katha, journey in to the life and relationship of Rama in Bharatanatyam by Guru Satyanarayan Raju.His thematic presentation had to portray multiple characters switching from one to the other instantly, keeping the essence of each character intact and displaying all this with verve.The second programme of the evening was by renowned Sitar player Ustad Shahid Parvez Khan accompanied by Mukesh Jadhav noted Tablist, presented different musical notes with melody in Rag-Charukeshi set to Tal-Rupak, Drut-Tintal, Madhyallaya-Ektal, Gat-Allap, Jood, Jhala and Gat, etc. 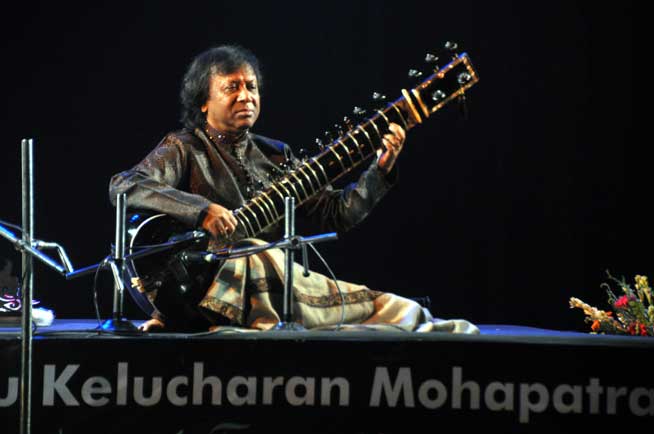 His composition and improvisation of the essence and spirit of Rag with syllables and song-phrases were orchestrated flawlessly which engrossed the music lovers who enjoyed the programme till the end.The festival started n Monday with great enthusiasm and excitement among the art connoisseurs thronging Rabindra Mandap.