Odisha Channel Bureau Paradip: The perilous state of the harbour basin close to Mahanadi river mouth has come under sharp focus as the harbour has witnessed a couple of boat capsize incidents since past one week.The river mouth has turned into a danger zone because of huge sand casting, leading to capsizal of fishing boats.At least four fishermen had met watery grave on 24 August last following capsizal of their vessel.The marine fishermen communities and stakeholders have squarely blamed the government agencies for jeopardizing human lives. 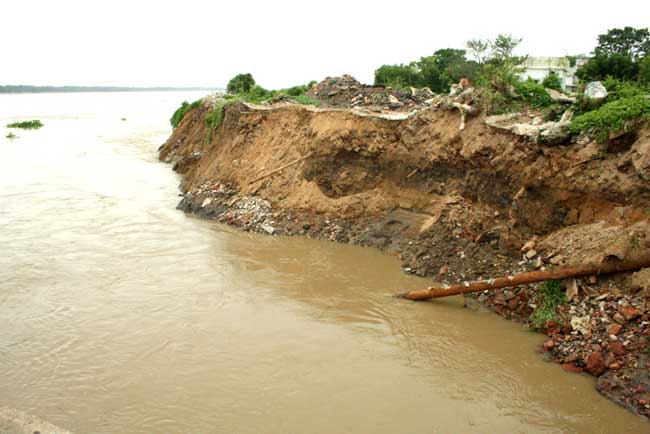 “The river basin has not been subjected to dredging since 2000 year.As a result, underwater surface has turned hazardous for vessels.The basin depth needs to be of 5 metre depth for hassle-free movement of vessels and crafts.However the depth has now been reduced to 2 metre because of enormous deposit of soil and sand”, said President Odisha sea fish producers’ association, Sumant Biswal.The vessel crews are tiding over the troubled water patiently waiting for the tidal movement.In the process, they are risking their lives.Every month, cases of boat capsizals are coming to light.Since past ten months, 13 mishaps have been registered, said an official of Paradip marine police. The river channel that meets with the sea from the harbour is heavily silted.This is resulting in vessel capsizal mishaps at periodic intervals.The harbour basin would be brought up under dredging activity for smooth navigation of seaward fishing vessels, said Executive Engineer, Paradip Marine fisheries department, Alok Ranjan Mohapatra.The dredging of harbour basin and river mouth is the urgent need of the hour.Siltation and sand casting of the basin and river mouth areas has adversely affected the smooth movement of crafts and fishing vessels.The vessels clash with underwater sand dunes, resulting in mishaps.The matter has brought to the notice of centre-run National Fisheries development board.We have also sought the assistance of the Central Institute of Coastal Engineering for Fishery (CICEF), added the officialThe fishing harbour commissioned in 1998 has earned the distinction of being state’s largest exporter of marine produces mainly sea fish.An estimated 3,500 metric tonnes of high-grade shrimps are exported mainly to European countries every year from this fishing hub.The annual shrimp export turnover from the harbour is to the tune of Rs 150 crore.That incidentally accounts for over 40% total annual shrimp export from the state. The fishing harbour also caters to the needs of nearly 700 deep-sea fishing trawls and 2,000 medium size vessels.It helps out over 50,000 marine fishing stakeholders in their daily quest for bread and butter.