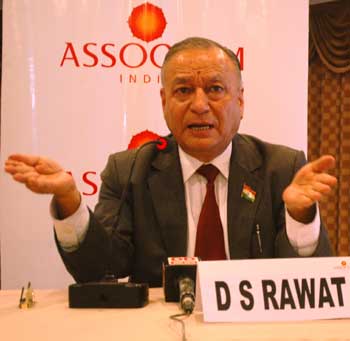 Odisha Channel Bureau
Bhubaneswar: Despite environmental issues, Odisha continues to be the third most preferred destination for investors and ranks as the fastest growing State in attracting tourists thereby registering a jump of about 133 per cent in last 10 years.

The State has also registered positive growth both in manufacturing and services sectors contrary to economic slowdown in India and globally, according to a just-concluded study by apex industry body Associated Chambers of Commerce and Industry of India (ASSOCHAM). “With a share of over seven per cent, Odisha has attracted outstanding investments worth about Rs 12 lakh crore out of the total investments worth over Rs 158 lakh crore attracted by various sectors from both public and private sources in top 21 states across India as on March 31, 2015,” noted a study titled ‘Realising economic potential of Odisha: A comparative investment analysis,’ conducted by ASSOCHAM.However, Maharashtra and Gujarat remained ahead of Odisha with a share of 9.7 per cent and 9.5 per cent respectively in the total outstanding investments, the study says.

“Focus on key sectors like healthcare, education, tourism, information technology, mining and minerals, infrastructure – port, energy, skill development, MSME, agro and food processing, handloom and handicrafts, petrochemicals and bio-pharma will transform Odisha’s economy and take the state on higher growth trajectory,” highlighted the study which was released at a press conference addressed by ASSOCHAM’s secretary general D.S.Rawat in Bhubaneswar today.“Odisha, currently ranked as the third most preferred investment destination in India has significant potential to emerge as the most lucrative state for domestic and global investors, trade and industry provided it undertakes further initiatives to facilitate ‘ease of doing business’,” said Rawat.He informed that ASSOCHAM is preparing a ‘Blueprint for promoting ease of doing business in Odisha,’ which would be submitted to Chief Minister Naveen Patnaik within next two months.

“Government of Odisha should be complimented for its effort in reducing the under implementation rate of investment projects from over 60 per cent registered in 2012-13 to 50 per cent in 2014-15,” said Rawat.Potential segments in Odisha: Marine industry – Odisha has the potential to boost the value of total marine exports to over Rs 2,000 crore by 2019-20 from over Rs 1,800 crore in 2013-14, as such the state should focus on increasing aquaculture production based on research to enhance production, profitability and area under culture.

Tourism – Odisha government must come up with more inclusive tourism policies and programmes to derive better synergy within the sector which has seen an increase of about 133 per cent i.e.from 46 lakh (both domestic and foreign tourists) in 2005 to over one crore in 2014.Exports of engineering, chemicals and allied products – Odisha being rich in minerals and ores, the state holds tremendous potential to promote export of engineering products through an effective, proactive and supportive institutional mechanism for rapid growth of exports that can reach Rs 14,867 crore by 2017-18 from Rs 3,531 crore registered in 2013-14.

Horticulture – In its study, ASSOCHAM has suggested the Odisha government to take advantage of the agro-climatic conditions favourable for developing of horticultural crops by adopting a cluster-based approach, development of robust post-harvest management infrastructure and providing training to farmers, entrepreneurs and other stakeholders in various farm related activities.