Odisha Channel Bureau Bhubaneswar: Odisha Rajya Bidyut Upabhokta Mahasangha has decided to organise a public hearing opposing power tariff hike before OERC (Odisha Electricity Regulatory Commission) to oppose the application of Discoms like CESU, WESCO, NESCO, SOUTHCO and GRIDCO that have made an application for power tariff hike of 73 paisa per unit of electricity for the financial year 2016-17. 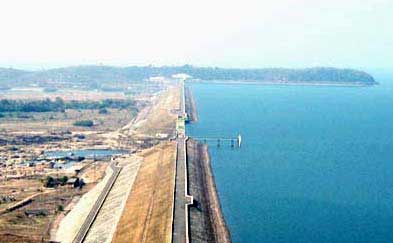 At a press conference held here today, Chairman of the Mahasangha Panchanan Kanungo said that Odisha was the first State to go for electricity reform in the country.The State government assured the people that they will avail qualitative power at cheaper rate uninterruptedly when the reform took place in the 1990s.But instead even in the Capital city we confront power cut every day for hours together, he added. Joining the press meet advisor of the Mahasangha Rabi Das said before increasing the power tariff OERC must go for directing the Discoms to furnish there profit and loss report before the CAG or else OERC should not go for increasing the power tariff which will bring further burden to the common people.Rabi Behera, president of Odisha unit of Samajwadi Party convenor of the Mahasangha alleged that financial loss of the Discoms due to theft and ATC loss should not be passed on to the honest consumers.Though OERC has directed the Discoms to reduce transmission loss and to check power theft it is still 39% which is higher than the national average of 17%.By reducing 1% loss the state can save more than Rs.80 crores from its treasury and due to 39% loss we are spending Rs.3420 crores more and the consumers are paying for it which is an anti-people measure of the Discoms, Behera said.The common people will not tolerate such loot of the Discoms for the coming days, warned Behera. The Mahasangha has called upon the people of Odisha to resist power tariff hike, undeclared power cut and such other anti people move of the distribution companies.The organization demanded CAG audit for Discoms, free electricity to the farmers, to drive out private companies from billing and meter reading. Keeping the global warming in view the State government must go for clean energy which will be environment friendly and cheaper to the consumers, demanded the Mahasangha.They said government must go for hydropower, solar energy, wind energy and electricity from bio fertilizers which can be easily available to the consumers.Among others who were present in the press meet were ex-MLA Narayan Reddy from CPI, Ex- MLA Radhakanta Sethy from CPI (ML-Liberation), Sulochana Das, Congress Spokesperson, Arya Kumar Gyanendra of TMC, Suresh Panigrahi of CPI (M), Sivaram of CPI-ML, Sk.Abdul Walli of RPI, and Lalit Mishra and Bijaya Parida from Nagarika Samaj.