Centre for research in Kosli to be named after Haldhar Nag 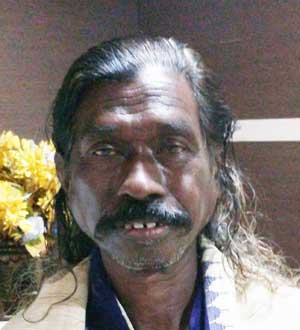 Odisha Channel Bureau Bhubaneswar: Odisha Chief Minister Naveen Patnaik on Thursday announced that the State government will establish a centre for research in Kosli language and literature at Ghens village in Bargarh district.The proposed institute will be named after Haldhar Nag, the Padma Shri winner Kosli poet.Ghens happens to be the native place of the poet.The proposed Haldhar Nag Centre for Research in Kosli Language and Literature will be set up at Ghens keeping in view the rich contribution of the poet with extraordinary skill towards Kosli language and literature.Patnaik made the announcement while felicitating the poet at his residence Naveen Nivas here.The Chief Minister presented a shawl, a silver filigree work and a bouquet of flowers to Nag in the presence of Culture Minister Ashok Chandra Panda and many other BJD leaders.A Class 3 dropout, 66-year-old poet has already been named in the PhD research theses of five scholars.Nag writes in Kosli language and he remembers all the poems and the 20 epics that he has written so far.The themes of the poems of Nag, who is popularly known as Lok Kabi Ratna in Odisha, are based on the rural areas and his writing are mainly on religion, nature, society and mythology.