Amit Shah’s visit will have no impact on BJD’s prospects: Naveen Patnaik

Odisha Channel Bureau
BHUBANESWAR: Even as BJP president Amit Shah kept claiming that his party will win 120 of the 147 Assembly seats in Odisha in the next polls, Chief Minister Naveen Patnaik on Friday said that Shah’s visit to the state will have no impact on the ruling BJD’s prospects. 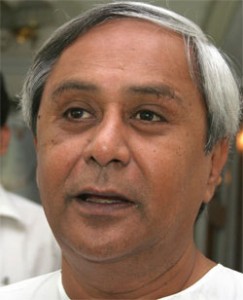 “I don’t see any impact,” said Patnaik told reporters in reply to a question with regard to Shah’s three-day visit to the State to strengthen BJP’s organisation at the booth level in Odisha.

“I doubt whether they (BJP) will get so many seats in the next elections,” said Patnaik.

Before ending his three-day trip to Odisha, Shah alleged that the BJD government has failed to provide 24×7 power supply, safe drinking water, proper sanitation and road connectivity to all villages.

Addressing BJP workers at a rally in Bhubaneswar, Shah claimed that BJP’s growth has given Naveen Patnaik sleepless night.

Even though BJP remained a partner of BJD in ruling the State for nine years from 2000 to 2009, Shah kept claiming that Patnaik had failed to create employment leading to massive migration.