International film festival to screen many films by Odia filmmakers

Odisha Channel Bureau
Bhubaneswar: The 12th International Film Festival on Art and Artists, which will be presented by the JD Centre of Art’s Film Forum at the IDCOL Auditorium of the city from January 12 to 14, will open by paying respects to renowned curator and textile expert Martand Singh, showcasing excerpts from his interview about the importance of handmade fabrics in India. 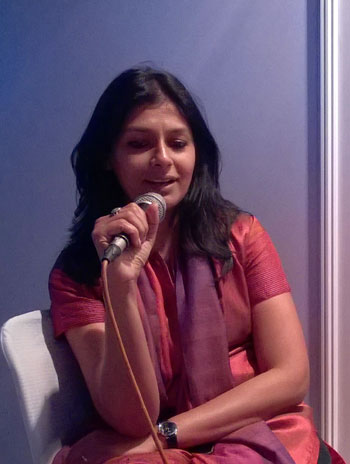 Other works to look for include animation films from France; experimental films from Germany, Australia, Canada, and Iraq; In Return: Just a Book, shot in Kerala and St. Petersburg by Shiny Jacob Benjamin; and a film about Nabendu Ghosh’s close association with Bimal Roy, made by Ghosh’s daughter Ratnottama Sengupta, titled And They Made Classics…

The festival will also be showing multiple films by Odia filmmakers including City’s Step Child and the Water Colour Dreams by Pranab K Aich, Rang Rasika and Soubhagya Mishra by Sanjay Bhatt, and Santal by Abhaya Nayak.

There will also be a number of events featuring Delhi-based filmmakers, including the workshop on digital filmmaking conducted by Nandan Saxena and the showing of films The Face Behind the Mask by Nirmal Chander Dandriyal, and Faces: The Enigmatic World of Himmat Shah by Vinod Bhardwaj and Rohit Suri.

Several workshops and lectures are also scheduled to take place at the Film Festival. Artist Bryan Mulvihill will conduct a workshop on calligraphy entitled Imaging the Word, award-winning filmmaker Nandan Saxena will hold a digital filmmaking workshop Cinematic Films on a Budget, and actress and director Nandita Das will give an illustrated lecture on her upcoming film, Manto. 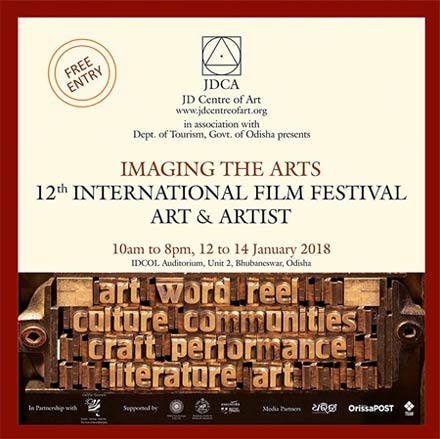 Other highlights of the 12th edition of the Festival
Illustrative lectures:
- Nandita Das, the renowned actress and director will give a talk entitled From the Written Words to Moving Images on her forthcoming film Manto about the path-breaking writer Saadat Hassan Manto
- Manisha Mohan, animator and the chief designer at Tata Interactive, will give a talk on Animation and New Media
- Meet the Artist illustrative talk as a tribute to Nirad Mohapatra