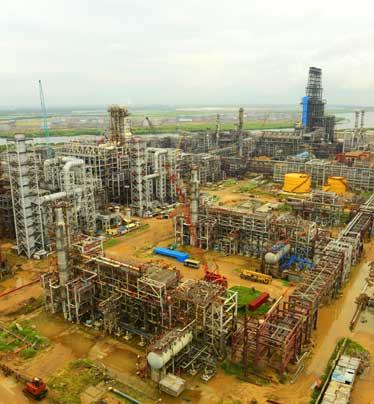 An integrated Naphtha Cracker unit needs to be set up urgently if the objectives of setting up the PCPIR are to be realized, Patnaik said in his letter to Modi on Thursday.

“The Naphtha Cracker unit would provide possibility of maximising production of Ethylene, Propylene, Butadiene and Aromatic cuts. These will work as feedstock for a variety of industries that could serve the increasing demand of petrochemical products in the country across sectors such as Textiles, Polymers, Pharmaceuticals, Speciality Chemicals etc.”

In the meeting held on January 30, 2014 under the chairmanship of Union Minister of Petroleum and Natural Gas, the establishment of a Naphtha Cracker unit was planned and IOCL was advised to evolve a time bound plan for producing power from gas instead of naphtha, Patnaik wrote to Modi.

Subsequently, vide D.O. letter No. 2807 dated 2nd May 2015 Chief Secretary, Odisha had requested the Cabinet Secretary to intervene in the matter to impress upon IOCL to establish a Naphtha Cracker unit, Patnaik said.

He further said that it is also important that development of common infrastructure and utilities at the PCPIR is taken up concurrently and necessary financial support from the Government of India is extended for the success of the project.

“This would help in spurring industrial as well as overall socio-economic development of the region,” Patnaik said in his letter to Modi.