Odisha Channel Bureau
Bhubaneswar: The three-day Mukteswar Dance Festival, which is scheduled to begin at the Mukteswar temple here this evening (January 14), will be telecast live on DD Bharati.

Being organised by Odisha Tourism, the annual dance festival which will have Odissi performances every evening from 6 pm to 8.30 pm will also be live streamed in www.webcast.gov.in 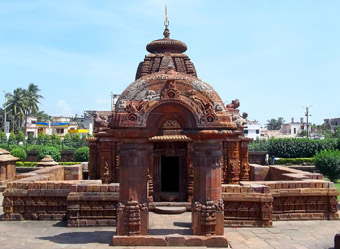 On the opening evening, the festival at the Mukteswar temple premises will present Odissi (solo) by Namrata Mehta from Mumbai, Odissi (duet) by Bijan Palai and Rudraprasad Swain of Bhubaneswar, and Odissi (group) by Rojalin Mohapatra and Group of Bhubaneswar.

On the second evening, Shalini Patnaik of Bhubaneswar will perform Odissi solo, followed by Odissi duet by Sipra Swain and Aishwarya Singh Deo of Bhubaneswar, and Odissi group dance by Debamitra Sengupta and Group.

The third and last evening will feature Odissi solo performance by Gayatri Chand of Bhubaneswar, Odissi duet by Sarita Mishra and Manisha Manaswini from Bengaluru and Odissi group dance by Bichitrananda Swain and Group of Bhubaneswar.