The Society has urged Odisha Minister of Forests and Environment recognise the need to save wildlife of the State’s largest Tiger Reserve which is also world famous due to its black tigers.

Reports have been received about a jump in poaching inside Similipal including the core area, according to Biswajit Mohanty, secretary, Wildlife Society of Orissa (WSO). 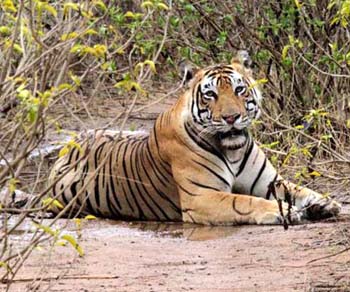 “We have been getting disturbingly regular reports from Similipal since the last few years about the lack of vigilance and inadequate protection leading to rampant poaching across the Tiger Reserve. In most cases the forest staff had failed to catch the poachers. Since the last few months the situation has worsened since protection has slackened further and poaching has jumped sharply with round the year hunting. Poaching has peaked now with ongoing Makar festival,” said Mohanty citing newspaper reports.

Earlier, the Similipal authorities were extra vigilant during the Makar festival when mass hunting (Akhanda Shikar) begins and also took the help of the police department while simultaneously carrying out awareness programs to keep the potential hunters engaged. These activities appear to have been stopped this year resulting in this rampant poaching, Mohanty said in his letter to the Minister.

Mohanty requested the Minister to call for a special review meeting and address the rapid decline in protection of forest and wildlife of Similipal on an urgent basis.

“We also urge you to pay a field visit to Similipal and interact with wildlife lovers of Mayurbhanj district which will enable you to appreciate the pitiable state of protection so that you may order immediate steps to reverse the decline,” said Mohanty in the letter.

“Your timely steps in this direction will be greeted with utmost gratitude by the wildlife community of India,” Mohanty added.