Reacting to the Union Budget 2018-19, Patnaik said he was disappointed that again the Central government had missed out the focus for KBK and other tribal areas. 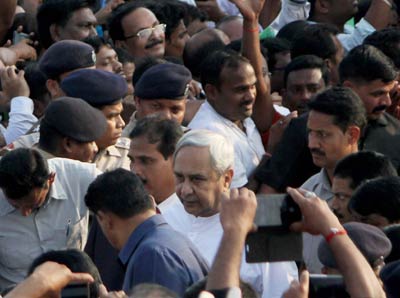 “In fact the allocation for scheduled castes, scheduled tribes and other vulnerable sections and social sector is grossly inadequate,” said Patnaik.

“I am also concerned about the low level of allocations for MGNREA, Mid Day Meal Scheme, National Health Mission and PMGSY,” he added.

The Chief Minister also expressed concern over the reduction in allocation under Pradhan Mantri Awas Yojana.

“I am surprised by the reduction in allocation under Pradhan Mantri Awas Yojana, while we have a commitment towards Housing for All,” he said.

There is inadequate emphasis on providing drinking water, said Patnaik.

Stating that irrigation will play a major role in doubling farmers’ income, Patnaik said that “marginal increase in allocation for irrigation is a serious concern.

Expressing satisfaction over the announcement of the National Health Protection Scheme to cover 10 crore poor families, Patnaik said “it would have been better that instead of a target of 10 crores, universal coverage extending to all eligible poor families was incorporated”.

“If such a step is taken, State Government will fully support,” said the Chief Minister.

“It seems that our demand has been accepted. However, the cost of production must take into account the actual cost incurred by farmers on a realistic basis,” he observed.

Welcoming the intent of the Centre, Patnaik said “at the same time, I am keenly waiting to see the modalities of calculation”.