Journalism in India is on a path that leads to suicide

After the suicide of a promising Bollywood star Sushant Singh Rajput on June 14, it seems our national media has lost their balance and they are now on the verge of a combined suicide. I’m not saying this because I’m emotional or I’m angry.

This is to be the cruelest fact on our media and we have to accept it. In the so-called fight for justice in favour of Sushant Singh Rajput’s ghost, our media, especially TV channels, have started behaving like an insane bunch of jokers. 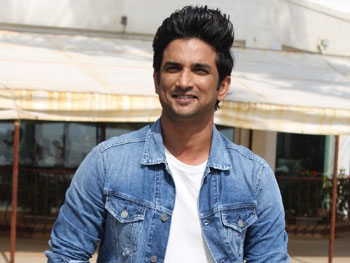 The level of this insanity has gone down so much that a highly educated and professionally well respected editor like Arnab Goswami is shouting like a madman in his prime time show calling “Give me drugs, give me cocaine, give me cannabis” etc. He really looks insane and one must pity his journalism of vulgarity.

Ironically, he is the number one television host in the country. His program is counted to be number one. If a civilized, educated and democratic society makes such a lunatic show to be the number one, than one must doubt about the mental health of that particular society. We are probably going back to medieval barbarism. Our journalists are now judges, lawyers and executioners, ready to hang the perpetrators as they wish.

Exactly we do not know the cause of Sushant Singh Rajput’s suicide or murder. The tussle between Bihar police and the Mumbai police over this was basically a political conspiracy to create a politically volatile backdrop for the upcoming Bihar election. It seems media is trying to sustain this controversy to drag the show up to October.

Initially media artificially created public pressure to transfer the case from Mumbai Police to CBI. After the Supreme Court ordered a CBI probe all of sudden television channels across the country opened their Kangaroo courts, accusing Sushant’s girlfriend Rhea Chakraborty to be the prime killer. They did not investigate the matter, rather pass their judgment to hang her to finish.

In the meanwhile, CBI has started investigating and grilling the key witnesses. Whether Rhea Chakraborty is guilty or not, that will be clear through CBI investigation and court will decide the matter based upon the evidences. Before that why is our media haunting Rhea Chakraborty like wild dogs? Her right to life and her right to self-defense are being slaughtered in broad day light by the hunter journalists.

Unfortunately, our journalists consider themselves to be God or the Supreme Judge. If Arnab Goswami says Rhea Chakraborty is a murderer, so that is to be the Gospel truth. Such journalism can at best be told as “Supari journalism”.

Today, thousands of people die every day in COVID-19. We are taking a caseload of more than 75,000 daily. The country’s economic situation is so bad that the central government expressed its inability to pay the States there legal dues.

The situation on the Chinese border is worsening. China is now stepping up its military build-up in Ladakh and Nathula. Rather than discussing all these vital national issues, our media has gone crazy behind the ghost of a dead Bollywood star.