Odisha Channel Bureau
Bhubaneswar: Braving the COVID-19 pandemic, hundreds of men and women voters came out of their homes to cast their votes in Odisha’s Balasore and Tirtol Assembly seats when bypolls were held in the two constituencies on Tuesday.

Polling commenced at 7 am and will continue till 6 pm, a senior election official said. Maximum of 1,000 voters are allowed in a booth to ensure social distancing. 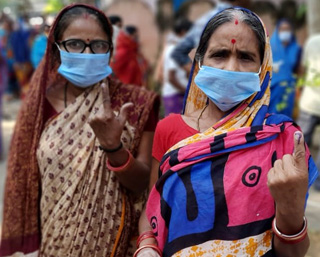 According to the Election Commission of India, an estimated number of 68.08% voters had cast their votes in the bye-elections in the two constituencies of Odisha by 5 pm.

The contestants as well as the general voters were seen standing in queue to exercise their franchise by adhering to the COVID-19 guidelines being enforced by the Election Commission of India. 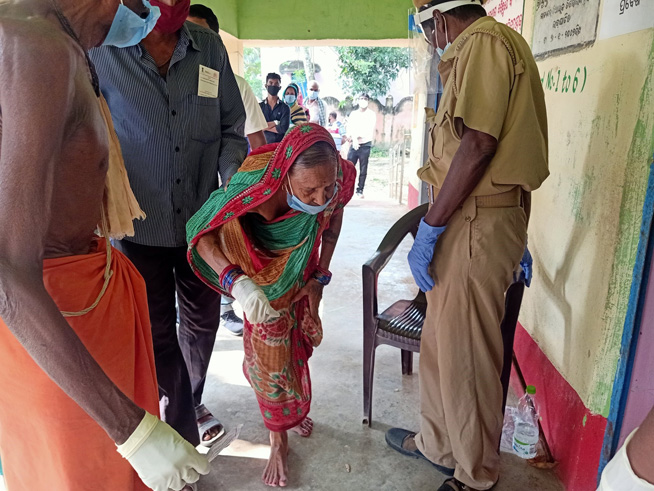 Twitter photos: @MousumiMohanty2
BJP has fielded Manas Kumar Dutta, the son of Madan Mohan Dutta, in the Balasore seat, while Swarup Das is candidate of ruling BJD. Congress has put up Mamata Kundu as its nominee for the seat.

BJD has fielded Bijay Shankar Das, son of Bishnu Charan Das, in the Tirtol seat, while the Congress has fielded Himansu Bhushan Mallick. Rajkishore Behera is the BJP candidate for the seat.

Six companies of the CAPF, 90 platoons of policemen and 251 officers have been deployed in the two Assembly constituencies to enforce COVID-19 guidelines and ensure trouble-free voting.

Around 3,500 polling personnel, 800 ASHA workers, and as many volunteers have been engaged in the polling exercise.

Special arrangements have been made for transporting persons with disabilities to the booths and back home. Wheelchairs and volunteers have also been mobilised for the purpose.