Five things you would like to know about Diego Maradona

He made his international debut for Argentina against Hungary as a 16-year-old.
Odisha Channel Bureau
Bhubaneswar: Diego Maradona, one of the greatest footballers of all time, died on 25 November at the age of 60 at his home Tigre near Buenos Aires, capital of Argentina following a heart attack. Three days of national mourning began in Argentina soon after his death even as millions mourned his death on the streets. 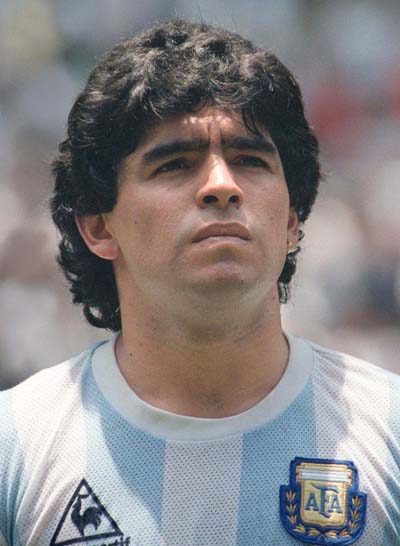 The flamboyant player, who led Argentina to the 1986 World Cup football title in Mexico, had celebrated his 60th birthday on October 30. He is considered a national hero in Argentina.

Since 20 October 1976, when the Argentine legend started his football career, 10 days before his 16th birthday, he has been regarded as a precocious talent. Argentines bestowed the nickname “El Pibe de Oro” or The Golden Kid on him out of love.

Here are five things about Maradona that might be of interest to you:

1. Diego Armando Maradona was born on 30 October 1960 to an impoverished family that had migrated to a shantytown on the outskirts of Buenos Aires from the rural area of Corrientes province. He was the fifth of eight children. He was the first male child of his parents Diego Maradona ‘Chitero’ and Dalma Salvadora Franco. He had also two younger brothers Hugo Maradona and Raul Maradona, both of whom also took up football as their career.

2. Maradona was gifted his first football at the age of three and took to it as a fish to water. At the age of eight, he was spotted by a talent search while playing for neighbourhood club Estrella Roja. Soon he became the star player of the junior team of Argentinos Juniors of Buenos Aires. He made his professional debut in 1976 with Argentinos Juniors and remained with it till 1981 scoring 116 goals in 167 appearances.

2. Maradona’s rise to stardom coincided with the gradual transformation of world football into a multi-billion dollar industry. On 20 February 1981, a 20-year-old Maradona signed US$ 4 million transfer deal to play for Boca Junior, Argentina’s top club. However, after the 1982 World Cup, he shifted to Spanish club Barcelona for a transfer fee of US$ 7.6 million, which was a world record at that time. Two years later, he joined the Italian club Nepoli for another world record transfer fee of US$ 10.48 million. Maradona remained the highest paid club footballer of his time.

3. The footballer in the meanwhile played for Argentina’s national team, scoring 34 goals in 91 matches. He made his international debut for Argentina against Hungary as a 16-year-old. He was dropped from the Argentina squad for 1978 World Cup as national coach Cesar Luis Menotti felt Maradona was “too young”. A year later, however, he became the star attraction of the FIFA World Youth Championship where Argentina defeated Soviet Union by 3-1 in the final. Maradona scored six goals in six matches in the championship. Maradona played his first World Cup in 1982 but did not get much chance to perform as he was heavily marked by other teams. Argentina was out of the tournament by losing to Italy by 1-2.

4. Maradona’s genius was at its peak during the 1986 World Cup in Mexico where he captained Argentina. As an individual player, he outclassed all other greats on the field. He set the field on fire with his dribble, playmaking, scoring, fast running, and above all leadership. He scored or created chance for fellow players to score 10 out of 14 of Argentina’s goals in the tournament, including the winning one in the final to clinch the World Cup trophy. However, the “Hand of God” goal against England in the semi-final remained controversial forever. Maradona again captained Argentina in the 1990 World Cup, but an ankle injury affected his game. However, Argentina managed to reach the final but finished runners up after being defeated by champion West Germany by 1-0. In the 1994 World Cup, Maradona could play two games before being sent off after being tested positive for drugs.

5. With a height of 5.5 feet and a compact body, Maradona was exceptionally energetic on the field. His dribbling and playmaking abilities to create opportunities for goal were legendary. The raging debate over the last few years in the football world has been who was greatest soccer player of the contemporary times – legendary Brazilian footballer Pele or Maradona? In 2000, FIFA sorted out the matter by announcing both for a one-off award, FIFA Player of the Century.