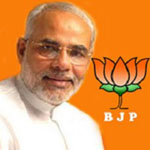 Odisha Channel Bureau Bhubaneswar, Oct 28: Odisha unit of the Bharatiya Janata Party aims to enroll 40 lakh new members by launching a membership drive from November 1.The party has planned to enroll 40 lakh members from the booth level to the State level during the six-month-long drive with the slogan `Strong BJP, Strong India’.The party has decided to strengthen its base in Odisha following its improved performance in the recently held by-election in Kandhamal Lok Sabha constituency and Assembly elections held in Maharashtra and Haryana.Senior party leader from Jharkhand Ranjan Patel has been appointed as Odisha in-charge for the membership drive, and party’s State unit general secretary Bhrigu Baxipatra has been appointed as joint in-charge for the exercise, according to a BJP release issued on Tuesday.Opposition Congress is also likely to begin its membership drive in the State in the near future.Both the national parties are likely to have new leaders as head of their Odisha State units in the coming months.