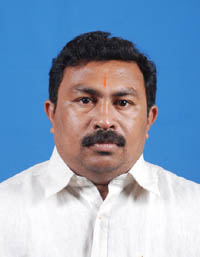 Odisha Channel Bureau Bhubaneswar: Senior Biju Janata Dal legislator from Baripada Sananda Marandi is all set to become the Deputy Speaker of Odisha Assembly.Marandi, who held the same position for over two years in the previous Assembly, filed his nomination papers for the post on Friday.Though the election for the post of Deputy Speaker was scheduled to be held on June 16, the election of Marandi to the post was certain as he had been selected for the post again by Chief Minister and BJD President Naveen Patnaik.Patnaik and many Ministers accompanied Marandi when he filed his nomination papers.His election was certain as the ruling party had 117 legislators in the 147-member House.Marandi was first elected to the Assembly from Kuliana Assembly seat as a Bharatiya Janata Party candidate in 2004.He was elected to the Assembly for the second term as a BJD candidate from Baripada in 2009.He was again elected from the same seat as BJD nominee in the election held in April this year.