Monsoon session of Odisha Assembly likely to be stormy

Odisha Channel Bureau
BHUBANESWAR: The monsoon session of Odisha Assembly, which is scheduled to begin on Thursday, is set to be stormy as the opposition parties have prepared themselves to corner the government on various issues. 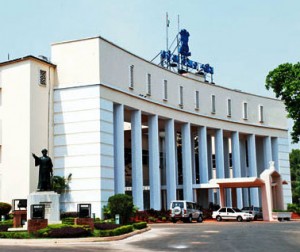 The eight-day-long session will have six official and two private members’ days. It will continue till September 16.

The government decided to table as many as nine bills during the short session.

Opposition Congress and BJP are ready to raise many issues including collection of fine from companies that indulged in illegal mining, plight of farmers and law and order.

The BJP was keen to overshadow Congress as it had become enthusiastic since it performed better in the panchayat elections earlier this year.

On the other hand, the ruling BJD too has prepared itself with equal planning to counter the opposition attack.

The BJD Legislature Party met at the State Assembly on Wednesday afternoon to draw up a strategy to counter the opposition.

Chief Minister Naveen Patnaik, who chaired in the BJDLP meeting, told reporters that they will constructively discuss the issues that the opposition would raise in the House.