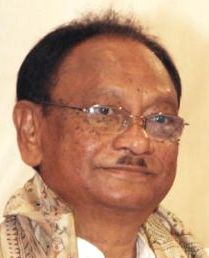 Odisha Channel Bureau New Delhi, May 13: Former Chief Minister of Odisha Giridhar Gamang is likely to resign from the Congress and join the Bharatiya Janata Party shortly, according to reliable sources.The former Chief Minister, who has been camping in New Delhi for the past few days, is likely to announce resignation from Congress and join the BJP in New Delhi soon, sources added.Gamang has expressed his desire before the national leaders of the BJP to be appointed as Governor of any State in the future and his request is being considered by the BJP Central leadership.The main idea of BJP national president Amit Shah behind welcoming Gamang into the party fold is to weaken the Congress in Odisha.Further, the BJP also planning to strengthen its party’s organisational base in the tribal-dominated regions of the country in general and Eastern India and North East in particular by inducting Gamang, according to highly placed sources.On the other hand, efforts are also on the Congress to convince Gamang not to quit the party at this juncture.The picture, however, will be clear within a few days.