Preparations in full swing for Rath Yatra in Puri

Rajkumar MohantyPuri, June 20: Ten thousand police personnel, including officers, would be deployed in and around the city to ensure safety of the devotees and for smooth conduct of the annual Rath Yatra of Lord Jagannath scheduled to be held on July 18.This was revealed in the second high level coordination body meeting for the Rath Yatra held today to take stock of the progress made by several departments connected with the festival preparation. 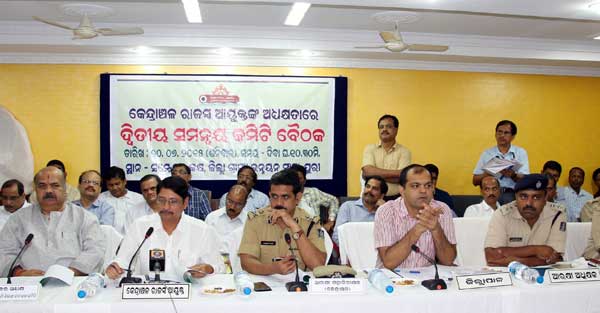 Asish Kumar Singh, Superintendent of Police and the inspector general of police R.P.Koche said 200 cctvs were being installed in all strategic places covering the entire city to monitor crowd movement.Traffic management at the Bada Danda, the venue of the festival, would be placed under supervision of senior police officers.The double tracking of the Khurda Puri railway track from Sakhigopal to Puri on war footing has been completed and from July 1 passenger trains would run along the new track, informed Tribikram Mishra the commercial manager of the ECoR.With commissioning of double tracks the frequency trains would be increased and trains would be run with an interval of 15 to 30 minutes, Mishra added.A total of 200 trains, including the present 50 trains, would ply to Puri during the Rath Yatra, and to accommodate extra traffic two new platforms in the Puri railway station have been constructed, Mishra informed.Four-laning of the Puri-Bhubaneswar road (NH316) has been completed and only bottleneck along the route the railway over bridge near Chandanpur would be made operational soon to make it fully operational, informed the NHAI officials.Meeting expressed concern over failure of several departments to achieve their target.Work progress in every sector of infrastructure development like construction of roads, drainage system, sewerage lines, drinking water pipelines were far short of their assured target.The meeting was peeved over erratic power supply to the city even today.Superintending Engineer P.Sahu assured the meeting that power supply was being streamlined with advanced technology like underground cabling so that the residents would enjoy uninterrupted power supply for next fifteen years.The PHD and PWD came in the firing line of the committee for poor execution of infrastructure development as their work fell far short of the given target.The temple officials informed the committee over progress in supply of adequate timber logs and construction of three Rathas.Maheswar Mohanty, Chairman of the Nabakalebara Infrastructure Development Committee presided over the meeting, while District Magistrate Arabind Agarwal presented the progress report and RDC Bikash Mahapatra conducted the meeting proceedings.