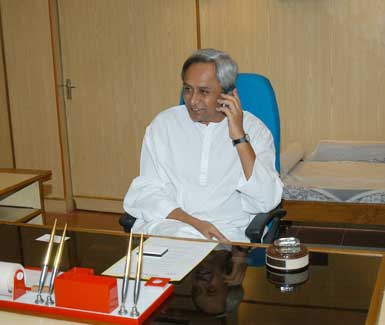 Odisha Channel Bureau Bhubaneswar: Chief Minister Naveen Patnaik will distribute the new ration cards prepared as per the National Food Security Act to the beneficiaries on the occasion of Gandhi Jayanti on October 2.While Patnaik would distribute the new ration cards at a function to be held at the State Secretariat, different Ministers of his government will do the same at the district headquarters.The State government has announced to implement the National Food Security Act from November 1 in 14 districts in the first phase.The distribution of the new ration cards will be done at the gram panchayat level from October 3 to October 8.The distribution of these new ration cards will be carried out in the remaining 16 districts between October 16 and October 31, according to the Office of the Chief Minister.Though there has been undue delay in the implementation of the Act in the State, the Naveen Patnaik Government is trying to implement the Act in the entire state by end of 2015.