Include Buddhist circuit of Odisha in Swadesh Darshan Scheme: Naveen

Odisha Channel Bureau
Bhubaneswar: Chief Minister Naveen Patnaik today wrote to Union Tourism Minster Mahesh Sharma requesting him to include the Buddhist circuit of Odisha in the list of Buddhist circuits announced by Ministry of Tourism under the Swadesh Darshan Scheme.Drawing Sharma’s attention to the huge potential of Buddhist tourism in Odisha, Patnaik said archaeological excavations have established more than 200 Buddhist sides across the State. 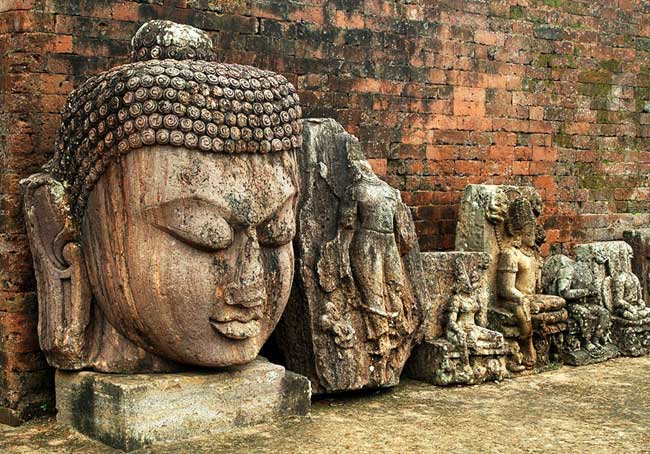 >The Buddhist Triangle, popularly known as the Diamond Triangle of Odisha comprising Ratnagiri, Lalitgiri and Udayagiri which is about 100 km from Bhubaneswar, is not a major tourist attraction, Patnaik said, while adding that Buddhism flourished in these places from 3rd Century BC to 15th Century AD.I

n an attempt to strengthen his plea, Patnaik stated that the Buddhist remains in the form of Chaityas, Stupas, Monasteries and the Tooth Relic in Golden Casket here aptly establish this circuit at par with other major sites in India. The socio-cultural life of early medieval Odisha is reflected in the cultural art of these Buddhist monuments, and it is a well established fact that Buddhism spread to the rest of the world after Kalinga War from these places of present day Odisha by Emperor Ashoka, the Chief Minister said in his letter to Sharma.

“Thus, the Dhauli-Ratnagiri-Lalitgiri-Langudi Buddhist Circuit of Odisha deserves to be included in the list of Buddhist circuits under Swadesh Darshan Scheme so that these Buddhist destinations are improved with adequate tourism infrastructures and facilities,” Patnaik said.