Odisha Channel Bureau PARADIP: In a tragic aftermath of illegal firecracker manufacturing activities, a mother-daughter duo were killed on Thursday morning following the blast in an illegal cracker making unit in Kanti village in Odisha’s Jagatsinghpur district.The deceased persons have been identified as Jhansi Rani Biswal (45) and Jharana Biswal (18).Both of them died on the spot.The impact of the blast was so severe that the bodies were badly mutilated. 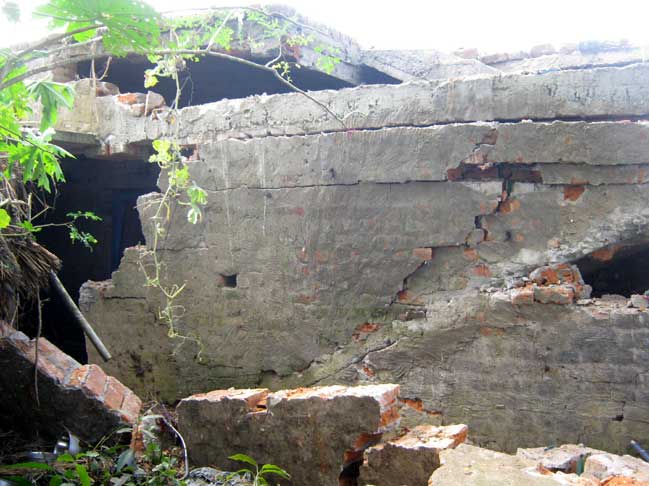 The pucca house in which the unit was operating also underwent considerable damage.The cracker manufacturing unit where the blast occurred was an unlicensed one.Explosive materials and powders used for firecracker making were haphazardly hoarded in the house without safety measure.As a result of which the mishap took place.A case under Section 9(B) of Indian Explosive Act, Section 34 Explosive Substances act and Indian Penal Code Section 304 (a) has been registered, Jagatsinghpur Superintendent of Police Sudha Singh said.The police are on the job to launch crackdown on illegal firecracker units, she added.