Our Cinema is a centrepiece of Spanish contemporary culture: Gustavo 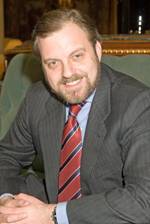 The 46th edition of the International Film Festival of India showcases Spain as its ‘Country of Focus’.Gustavo de Arístegui, Ambassador of the Kingdom of Spain to India said, “Our Cinema is a centrepiece of Spanish contemporary culture.From Luis Buñuel’s mid-century masterpieces to Almodóvar’s “fin-de-siècle” follies, cinema has been both a tool to understand the evolution of our society and a mirror to examine ourselves.

Given the already existing interest in Spain (interest much fuelled by cinema, like in “Zindegi Na Milegi Dobara”), we thought it was the right occasion to showcase Spain’s filmmaking skills in IFFI.For this year’s edition, once we became focus country, we selected a few films that would serve as an appetizer for the discovery of the rich variety of Spanish cinema”.Seven films from the picturesque nation are being screened under the section during the 46th IFFI in Goa.They are, “Isla Bonita”, directed by Fernando Colomo. Mr.Colomo stars himself in this movie about choices, age and the importance of recognising happiness where and when it springs in our lives.

In the film “Bad Education”, directed by Pedro Almódovar, the coming of age of close childhood friends brings about a deep examination of the scars left by the education system, religion and society.Then there is “Goya In Bordeaux”, directed by Carlos Saura.Mr.Saura’s life-long fascination with the XVIII-XIX painter Francisco Goya lies behind this poignant portrait of the master’s solitude in exile.

Then in “Tango”, again directed by Carlos Saura, music, comes alive in this visual film, shot in a quasi-documentary style that follows the steps of previous similar films, like “Flamenco”.“The Sea Inside”, directed by Alejandro Amenábar, is a crippling story about a man paralysed from the neck down, this film offers a reflection on vitality and decrepitude, on life and death, and all the choices in between.“Thesis”, also directed by Alejandro Amenábar is a thriller set in the apparently worry-free environment of university and college life, where series of gruesome events show the harrowing truth that evil lies everywhere.

Then there is “Women on the verge of a nervous breakdown”, directed by Pedro Almodóvar and initially released in 1988 was a national and international breakthrough, and its portrayal of the high-spirited behaviour still brings laughter to the audience and offers a good taste of the director’s particular style of film-making.Earlier during the Festival, Ms.Alejandra García Fuertes, Cultural and Press Affairs Counsellor, Embassy of Spain and Mr.Ignacio Ducasse Gutiérrez, Tourism Counsellor, Embassy of Spain visited Goa and interacted with delegates and media. Ms.Alejandra García Fuertes said that now Spain and India are discovering each other in a new way and the Spanish people are also interested to see Indian culture and lifestyle and India would be most welcome to showcase its films in Spain too.

Mr.Ignacio Ducasse Gutiérrez said, “Spain too, like India, has a long history.There are monuments, castles and other structures from various eras which make interesting locations for film shooting and we have created infrastructure to facilitate shooting of films there and have worked out various policies which can promote Indo-Spanish film collaborations”.Both the diplomats also spoke about how the relations between Spain and India reached a turning point after the Bollywood film ‘Zindagi Na Milegi Dobara’ was shot in Spain.Ignacio said that it was after the film’s release in 2011 that the number of Indian tourists visiting the country rose considerably.

“Films provide a better understanding of traditions, cultures, etc,” he said before adding that films are undeniably the best marketing tools to promote a destination.Spain has increased its presence in India in the past few years.Spain’s cultural institute, “Instituto Cervantes”, opened its doors in 2009 in India and is enjoying an ever-increasing popularity, as more and more students are now learning both Spanish and Spanish culture at the institute.Now that, 2016 will mark the 60th anniversary of the establishment of diplomatic relations between the Kingdom of Spain and the Republic of India, this process seems logical and the best way to underline the presence of Spain in India.

In this regard, the 46th IFFI has provided a great opportunity to understand Spanish culture by showcasing Spanish films in its Country Focus section.(Syed Mahmoud Nawaz is Special Correspondent of Urdu Fortnightly ‘MUSTAQBIL’, New Delhi)