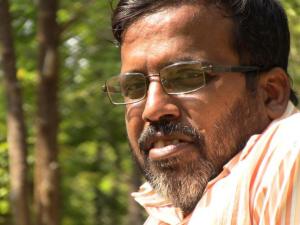 Odisha Channel Bureau Bhubaneswar: People’s Union for Civil Liberties (PUCL) today condemned the arrest of Debaranjan Sarangi, an active member of Ganatantrik Adhikar Surakhya Sangathan (GASS), who was arrested by the plain‐clothed policemen in the morning hours on 18th March from the village Kucheipadar in Kashipur Block of Rayagada district.According to a press statement, PUCL learnt from the villagers of Kucheipadar that at the time of arrest the policemen had given them the impression that they were from Malkangiri police station and Sarangi would be taken to Malkangiri.However, till 4 O’clock in the afternoon, neither the local villagers nor the Legal counsel of Sarangi nor members of his family had any idea of his whereabouts.Subsequently, PUCL got to know from his lawyer Kanhei that Sarangi had been arrested on some cases dating back to the year 2005 relating to the movement against the setting up of an aluminium plant and bauxite mining in the area, and was produced in the Kashipur court and been remanded to judicial custody at Rayagada.“It needs to be noted that Kucheipadar village had played a crucial role in the anti‐Bauxite mining movement and Sarangi was closely associated with the movement for many years supporting the community in their struggle against displacement.The movement had to suffer tremendous state repression.In the year 2000, three Adivasis were killed in police firing.During 2005‐2006, hundreds of people were picked up by police and put in jail on false cases of which people had no knowledge.Even today, people are being arrested for cases registered ten years ago.Added to this is the unstated policy of the government of labeling every struggle of the Adivasis as ‘Maoists’ and then in the name of containing ‘Maoists menace’ indiscriminately arrest and kill innocent Adivasis.So it was in January 2011 the security forces had brutally killed 9 people in Basangamali in Kashipur Block, which included five young Adivasi girls.Not surprisingly, the same policy is being pursued to suppress the anti‐mining struggle of Adivasis in Niyamgiri hills.Only a few days ago, Mando Kadraka, a tribal, was killed by the security forces and he was branded as a Maoist,” according to PUCL.“In December 2015, the DVF (a special wing of the Odisha Police formed to tackle the Maoists) had killed three Adivasis in the Karlapat sanctuary area (in the adjacent district of Kalahandi) and declared them as Maoists.What is common to all these areas is the rich Bauxite deposits and the sinister design of the state to handover these resources to the corporate by silencing the voice of opposition.The arrest of Debaranjan is just an example of it,” PUCL said.In the statement, Pramodini Pradhan, Convenor, PUCL‐Odisha, demanded that the government of Odisha withdraw all the old cases falsely foisted on local people and activists and unconditionally release those who have been arrested.