Nalco gets award for CSR and environment 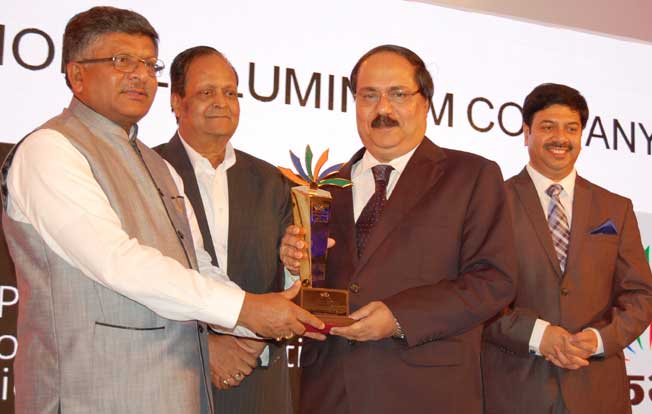 It may be mentioned that the India Pride Awards have been instituted as a tribute to the contributions made and excellence achieved in public services, especially by the Public Sector Undertakings (PSU) in nation building.The awards are being given away to PSUs since 2009 in different fields of excellence.“Nalco is working in all the thrust areas identified in the Companies Act, 2013.The company’s focus is on bringing its robust humane face to the fore, through empathetic welfare and CSR measures,” said Chand on receiving the award.

Nalco has recently launched the ‘Nalco ki Ladli’ Scheme, under the Beti Bachao, Beti Padhao programme of Government of India, which aims at promoting meritorious girl-students from BPL families studying in the periphery schools of company’s production units at Angul and Damanjodi in Odisha.The company has also proved to be an active partner in implementing the Swachh Bharat and Swachh Vidyalaya Abhiyan.NALCO has constructed 433 toilets in schools 206 schools of Odisha and Andhra Pradesh.

Also, all the units of Nalco are ISO 14001 Certified for environment management, with zero discharge of effluents.The company has planted more than 78 lakh trees in the periphery of its operating units so far.