Odisha Channel Bureau
Bhubaneswar: A day after former Berhampur MP Gopinath Gajapati’s former manager Ananga Manjari Patra and two others of her family were found dead in their home in Paralakhemundi, the Naveen Patnaik Government ordered a Crime Branch probe into the shocking incident on Monday.Patra, her sister Bijaylaxmi and her brother Sanjay were found dead on Sunday afternoon, while Santosh, another brother of Patra, was rescued in a critical condition.While Sanjay was found hanging, the three others had consumed poison to end their lives.Santosh, who had been admitted to MKCG Medical College and Hospital in Berhampur, died on Monday evening, hours after Chief Minister Naveen Patnaik ordered the Crime Branch probe. 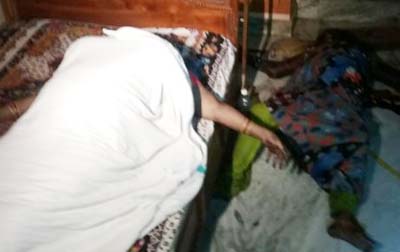 Patra and Sanjay had resigned as manager and personal assistant of the former MP respectively after they were accused of financial irregularities and house arrest of the leader.Family members of Patra have alleged that the the victims committed suicide after they were blamed for financial irregularities and house arrest of the former MP.They alleged that reports in a particular Odia television channel and criticism from some local politicians had compelled them to take the extreme step.

After media reports about the alleged wrongdoings by Patra and Sanjay, the former MP was taken to Chennai for medical treatment.The two brothers of Patra had also visited the former MP in a hospital in Chennai and returned to Paralakhemundi a few days ago.The three bodies were recovered and an unconscious Sanjay was rescued on Sunday afternoon after locals reported to the police that foul smell was emanating from their house that was locked inside.

Family members of Patra had demanded a CBI probe into the circumstances that had reportedly led to the suicides.Police have recovered a suicide note and a diary from the victims’ house on Monday.