Guru Kelucharan Mohapatra Award 2017 was presented to two eminent artistes – Guru Dhruba Charan Biswal in the field of dance and Shyamamani Devi in the field of music on the occasion. 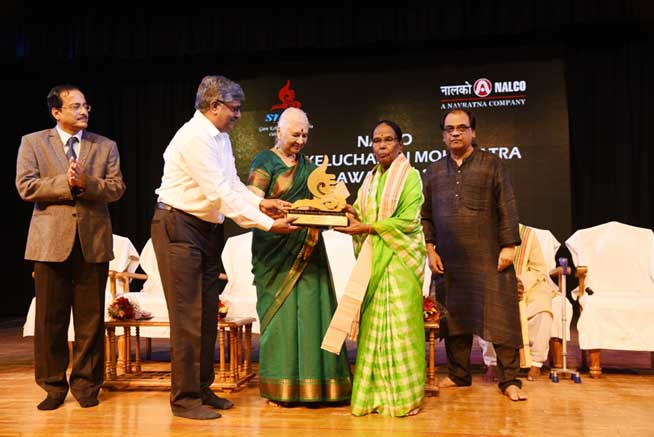 The Award was instituted in the year 1995 with a view to generate a feeling of cultural amity amongst the performing arts fraternity and acknowledging the excellence and contribution of great artists in the field of dance, music, theatre and cinema.

In the concluding evening, the artistes of Srjan presented their first presentation Tarana has chosen to embark on new pathways of innovation followed by Hari Smarane is an attempt to represent, only symbolically, the essence of Jayadeva’s beautiful song of love, Geeta Govindam, strictly within the confines of Odissi grammar.

The last presentation was an audio visual special presentation – Mahanayaka Bijayananda, an Odissi dance of the life and works of Biju Patnaik by the artistes from Srjan. It depicted the brave and dynamic leader of the masses, his magnetic personality and dedication that shaped his destiny as a political luminary with a huge following.

The fourth-day evening of the award festival on Friday showcased the beautiful blend of elegance, purity, precision and aesthetics of Kathak and Carnatic vocal. 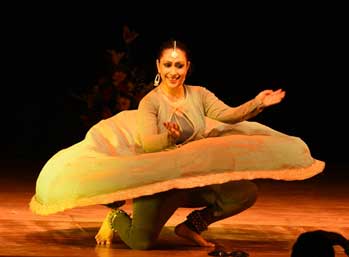 The first programme of the evening was Kathak dance by renowned Kathak dancer Sanjukta Sinha who started with an invocatory piece Bandish in Tin Taal followed by Thaat brilliantly executed with lightening footwork and layakari. He was accompanied by Mohit Gangani on Tabla, Ashish Gangani on Pakhawaj, Samiullah Khan on Vocal and Kamal Khan on Sarangi.

The second presentation of the evening was carnatic vocal by eminent Carnatic classical vocal duo Ranjani Balasubramanian and Gayatri Balasubramanian. As top class Carnatic classical musicians, they are conservators of their genre’s unique beauty and preserve ancient tradition as they continue to innovate within it. Their performances mesmerised the audience till the end.

This contemplative juxtaposition of rhythmic variations enthralled the audience who were deeply engrossed till the end of the show. 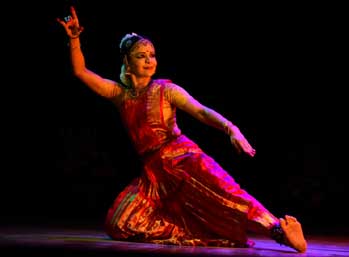 The second evening of the event was a beautiful blend of traditional repertoire and innovative compositions featuring Navia Natarajan, eminent Bharatnatyam dancer and beautiful Tabla recital by Ojas Adhiya.

The first presentation of the Nataranjan was Parashakti. Devi Bhagavata Mahapurana states that Adi Parashakti is the original creator, observer and destroyer of the whole universe followed by one invocatory piece of pure dance of Bharatnatyan. The art lovers present in the auditorium were mesmorised by her graceful and enchanting performance. 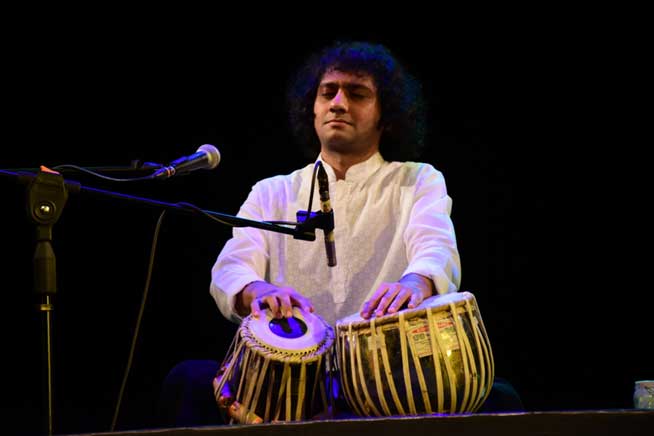 The second programme of the evening was Tabla recital by eminent tablist Ojas Adhiya. His composition mesmerised the art connoisseurs with his magical rhythm of fingers with a fine blend of Toda, Tukda, Tihyee, Chakradhar, Paran in Tin Tal with 16 beats. He was accompanied in Harmonium by Siddhesh Bicholkar.

The festival was inaugurated on Tuesday evening by Chief Minister Naveen Patnaik.

The first presentation in the inaugural evening was Ekatatwa. Ekatatwa is one such endevour, where art and artist unite in pursuit of the supreme bliss. It is about celebrating the use of the body through all of its movements to reach beyond the plane of mundane, in search of higher existence.

The second presentation of the evening was instrumental Jugalbandi of flute play by Annada Prasanna Pattanaik and Veena play by Puspa Kashinath. They were accompanied in Tabla by Udayaraj Karpur.

While the Odisha Mining Corporation (OMC) was the festival’s title sponsor, the National Aluminium Company (NALCO) was the award sponsor.