Odisha Channel Bureau
Bhubaneswar: Former President Pranab Mukherjee and many other political stalwarts of the country will attend a function to release a book on former Odisha Chief Minister Biju Patnaik in the city on January 27. 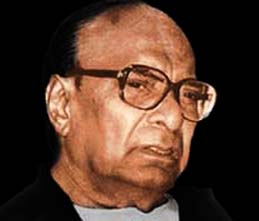 The function will be organised by the Biju Patnaik Birth Centenary Celebration Committee.

The book titled “The Tall Man: Biju Patnaik”’, with rare photographs of the late leader, has been compiled by well-known researcher G. Sundar, Director of the Roja Muthiah Research Library.

Editorial Director of New Indian Express Group Prabhu Chawla will attend the function and review the book which has information about various facets of the life of Biju Patnaik and his leadership.

Odisha Chief Minister Naveen Patnaik will preside over the function which will be held at 4.30 pm on January 27 at the Utkal Mandap auditorium of the city.

According to Bed Prakash Agarwalla, convenor of the Biju Patnaik Birth Centenary Celebration Committee all Parliament Members, Ministers from Odisha, eminent personalities including Padma awardees from Odisha have also been invited to the function.

The centenary celebration committee members have denied any political move behind the event.

The organisers have requested all those who worked with the legendary leader Biju Patnaik to attend the book release function.