Odisha Channel Bureau
Bhubaneswar: Odisha government has started preparations for the first National Chilika Bird Festival which will be held at Mangalajodi on the banks of Chilika Lake on January 27 and 28.

The unique event is being hosted by the Forest and Environment Department of the State government in association with Odisha Tourism Development Corporation and Chilika Development Authority (CDA). 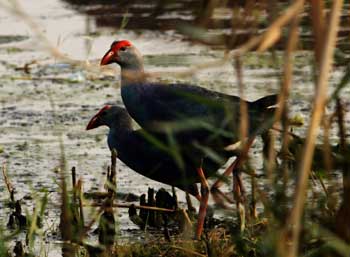 The bird festival is aimed at establishing Chilika on the global tourist map, according to Tourism Director Nitin Jawale. The event will also create awareness about the vast diversity in flora and fauna of the State.

As many as 228 species of birds have been recorded in Chilika, with 129 water-birds and rest dependent on wetland.

According to the organisers, there will be a workshop on the diversity of birds along with film shows on the first day of the festival.

On the second day of the festival, the participants will be taken for bird watching at different bird congregation locations in the lake – Nalabana, Barkul, Rambha and Satapada.

A photography and painting competition is being organised before the festival, and the winning entries will be displayed at the festival site at Mangalajodi, which is known for the unique conservation method adopted by the local people.

Online registration will be conducted for the festival to seek participants. Tenting facilities, adventure sports and a host of activities will be part of the festival.

A large number of ornithologists, bird watchers, tourists and tour operators are expected to attend the two-day bird festival.

Chilika has been selected as the site of the festival as it attracts lakhs of migratory birds from different continents every year during the winter months.