OTDC pays dividend to Odisha government for the first time 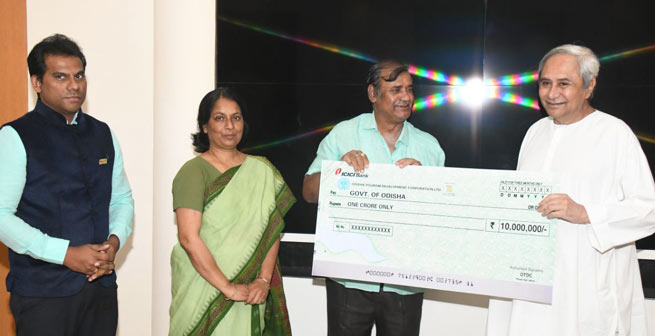 Panda informed that Government of Odisha has invested Rs. 9.62 crore in OTDC as equity.

OTDC was making continuous loss since its inception till 2002-03 and it has started making profit only from 2003-04.

The Corporation is presently operating 20 hotel units and has the largest air condition tourist transport fleet of the State.

The Corporation is working to improve the facilities and services in its hotel units to provide better services to the guest.

As a part of such initiative, OTDC has applied for ISO certification, and also computerising the operation of its hotel unit.

From 1st April OTDC has started air condition shuttle service from foothill to hilltop of Dhauli to decongest the traffic.

OTDC has made an ambitious target to make a quantum jump in turnover and profitability in the next three years by improving the facilities and services in all its Panthanivases.