Considered one of the finest classical dance and music festivals in India’s cultural calendar, the award festival was inaugurated by actor-dancer Hema Malini. 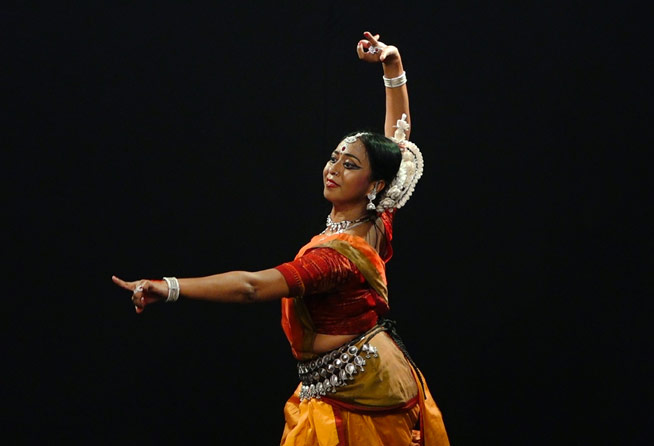 The festival, organised by a premier Odissi dance school Srjan, can be watched live on virtual platforms such as Facebook and YouTube at 8 pm till September 9.

The inaugural session was attended virtually by several dignitaries, prominent citizens, and luminaries from the world of art.

The programmes were conducted with strict adherence to all the government mandated COVID-19 safety guidelines, while maintaining the required social distancing norms.

This year’s festival has been dedicated to the memory of Pandit Jasraj, who shared a special and close association with Guru Kelucharan Mohapatra and Jaydev Das, veteran director of theatre, actor, light designer and member of the advisory board of Srjan Trust.

Each day features a classical dance presentation followed by a classical music recital, designed with an eye on the most suitable combination of artistes and genre.

The festival commenced with an Odissi recital by Madhusmita Mohanty, renowned Odissi dancer and performer from Bhubaneswar. She presented three dance pieces from the traditional Odissi repertoire, beginning with a Mangalacharan, invoking the blessings of Lord Jagannath for an auspicious beginning. The presentation was choreographed by Guru Aruna Mohanty, set to the music composition of Bijay Kumar Jena and rhythm composition of Guru Dhaneswar Swain and Guru Bijay Kumar Barik.

This was followed by a timeless and evergreen composition of the legendary Guru Kelucharan Mohapatra set to the music composition of Pt. Bhubaneswar Mishra— Kirwani Pallavi, in Raag Kirwani and Khemta Taal.

She concluded her recital with the Ashtapadi – “Mādhave, mā kuru mānini mānam aye,” an excerpt from poet Shri Jayadeva’s Geeta Govinda. In this expressive piece, the sakhi pleads with Radha to forgive Madhava for his wanton ways and reunite with him. Choreographed by Aruna Mohanty to the music composition of Subas Pani, this presentation was in Raag Saveri and Ekatali.

With her graceful movements and captivating expressions, Madhusmita Mohanty presented a befitting and memorable opening recital. In her presentations, she was accompanied on the vocalist Rupak Kumar Parida with Mardala by Guru Bijay Kumar Barik, flute by Srinibas Satapathy, and violin by Suramani Shri Ramesh Chandra Das and Agnimitra Behera. 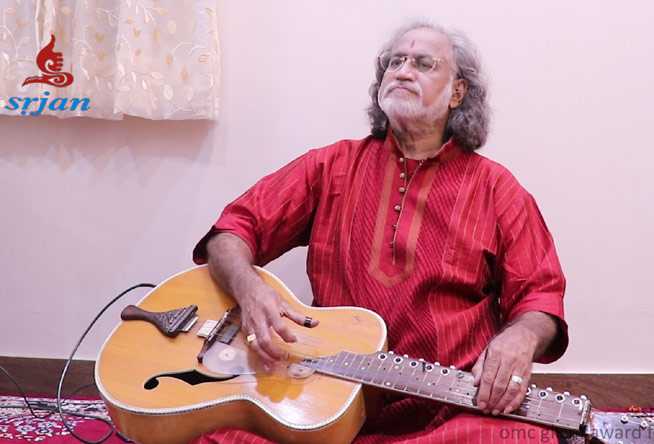 The highlight of the evening was the recital by Mohan Veena virtuoso Pt. Vishwa Mohan Bhatt. A recipient of the Padma Bhushan and the Grammy award, Bhatt, with his blinding speed and faultless legato has mesmerised the world with his pristine, delicate, yet electrifying music.

This evening was no exception. The creator of the Mohan Veena, he explored the intricacies and nuances of six mellifluous tunes, namely Raag Yaman, Raag Ramdasi Malhar, Raag Tilak Kamod, Raag Jaijaiwanti, Raag Pilu, and Raag Hamsadhwani. With his sheer virtuosity and limitless supply of melodies, his recital was inspirational and exceptional.

The festival’s second evening on Sunday will feature a Bharatanatyam recital by P. Praveen Kumar, from Bengaluru. His performance will be followed by a Mardala recital by Guru Dhaneswar Swain, eminent percussionist and musician of Odisha.

The entire festival has been curated and designed by Guru Ratikant Mohapatra, with the programme execution by Debiprasad Mishra.