Odisha Channel Bureau
Bhubaneswar: Five Maoists were killed in an encounter with security forces in Odisha’s Kalahandi district on Wednesday. 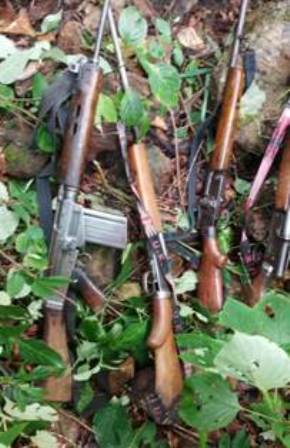 One jawan of the Special Operation Group (SOG) of the State police was injured in the encounter that took place in Sirki forest along Kandhamal border.

While the body of four Maoists were spotted initially, the body of another Maoist was recovered during the search operation that followed the encounter, the police said.

The operation was launched by Kalahandi police at around 11 a.m. on the basis of reliable intelligence input, according to the police.

The State police said in a statement that two composite teams of the SOG and the District Voluntary Force (DVF) participated in the operation.

One team of the SOG-DVF resorted to retaliatory fire when it was subjected to heavy firing from the Maoists, police said.

According to the official statement, this exchange of fire lasted for half an hour.

More teams of SOG, DVF and CRPF have been sent to the area for combing and search operation.

Wednesday’s encounter took place close on the heels of the two consecutive encounters that occurred in Kandhamal district on July 5 and 6.

As many as five Maoists were killed in the two encounters and sophisticated weapons, ammunition and camp materials were recovered from them.