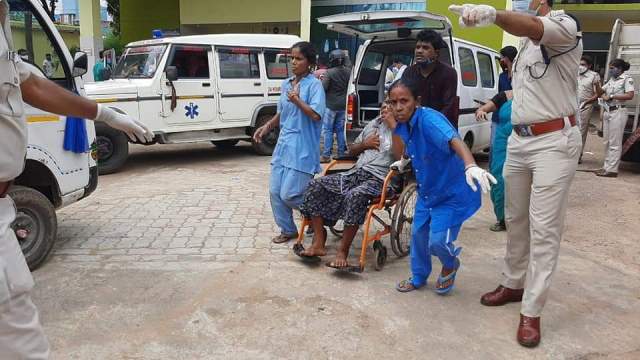 Odisha Channel Bureau
Cuttack: All the 127 COVID-19 patients were evacuated in an hour-long operation after fire broke out in a private COVID hospital at Jagatpur on the outskirts of the city on Monday.

The patients were rushed to different COVID hospitals in Cuttack and neighbouring capital city of Bhubaneswar.

As many as 40 ambulances were engaged to shift the patients to different hospitals.

The fire broke out apparently due to an electric short circuit, the police said.

The hospital was allowed to operate without fire safety clearance, sources said, while adding that it had been served show cause notice and asked to submit the compliance report.

Technically speaking, the hospital was equipped with active fire safety measures like sprinklers and extinguishers, an official said.