Odisha Channel Bureau
Bhubaneswar: Odisha government on Sunday announced to put on hold its decision to open primary schools in the state from January 3 in view of the rise in COVID-19 cases. 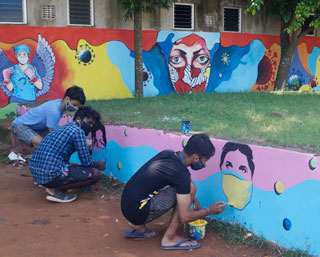 The state has so far reported 14 cases of Omicron variant infection.

The School and Mass Education Department had already issued notification to open classes from Standard I to V in primary schools from January 3.

However, the officials held deliberations with people associated with schools and decided to put the decision to open the classes from Class I to V temporarily on hold, the Department said on Sunday.

The authorities, however, informed that physical classes for Class VI to Class X would continue as usual and the Summative Assessment-1 of Class X being conducted by Board of Secondary Education would begin from January 5 with adequate COVID-19 precautions.

The state registered a sharp rise in COVID-19 cases on Sunday after a gap of two months.

As many as 424 persons tested positive for SARS-CoV-2 on Sunday — 42% rise in infection in 24 hours. A total of 298 persons were found infected on Saturday.

The daily tally that Odisha had last recorded 488 new infections was on October 30.

Of the 424 reported on Sunday, highest of 177 persons were found positive in Khordha district followed by 38 in Sundargarh district.

Niranjan Mishra, State Director of Public Health Niranjan Mishra has said that it was too early to call it the beginning of the third wave of the pandemic.

He, however, cautioned the people to take maximum precautions to keep the infection at bay.