Odisha Channel Bureau
Bhubaneswar: Odisha on January 12 recorded one of the sharpest spikes in COVID-19 cases when 8,778 new cases were reported in the past 24 hours, according to the State government. 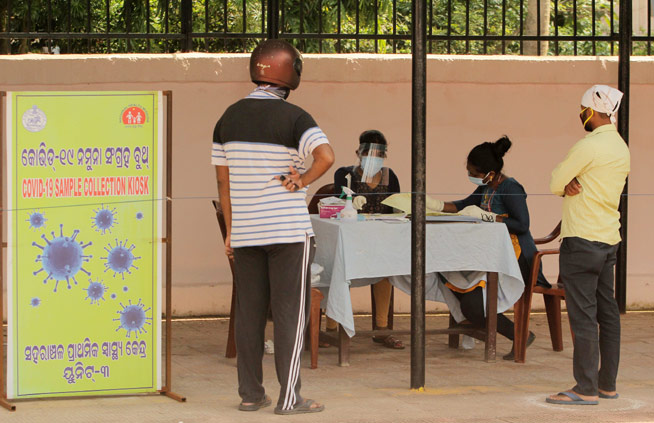 The third wave of COVID-19 pandemic hit Odisha since beginning of 2022. The number of new cases reported in a single day, which was 298 on January 1, had increased to 7.071 on January 11.

The total number of active COVID-19 cases stood at 35,242 on January 12, according to official figures.

Chief Minister Naveen Patnaik, who reviewed the situation in the state on Tuesday evening, has advised both the public and the administration to be vigilant.

The Chief Minister urged the people to strictly abide by the COVID-19 guidelines. “Even though there is very little hospital admission in the third wave, we have to be fully prepared for the future,” he said.

Patnaik advised to intensify the immunisation of people who have not been vaccinated at all even though the vaccination program in the state has been satisfactory.

The immunisation of senior citizens and frontline workers was very important and it would be helpful in controlling the situation, he added.