Santosh Patnaik
Visakhapatnam: Their craze to get record likes and shares in a micro-blogging site led them to upload a ‘fake’ wedding performed in a classroom paving the way for their rustication from a college.

After the video went viral, the management of a government college decided to give them compulsory transfer certificate on Thursday. 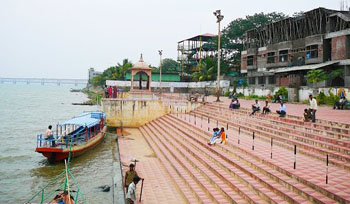 The students, all aged 17 performed the wedding before commencement of a class at Rajahmundry in East Godavari district, about 200 km from here.

While the boy tied the knot and applied tilak on the forehead of the ‘bride,’ her friend filmed the entire ceremony.

No other person was present on the occasion. The ‘bride’ was heard telling the boy complete everything fast as she was scared of being seen by others. Apprehending trouble, the teenagers later deleted the video.

The incident came to the notice of the college management when the boy’s father showed the video to the principal.

The principal later told the media that that they were constrained to take the decision to remove them from the college for breach of code of conduct.

The disciplinary action committee of the college which discussed the issue at an emergency meeting recommended the rustication for bringing disrepute to the institute.

Meanwhile, several parents and students requested the management to withdraw the order removing them from college after warning them on humanitarian grounds.