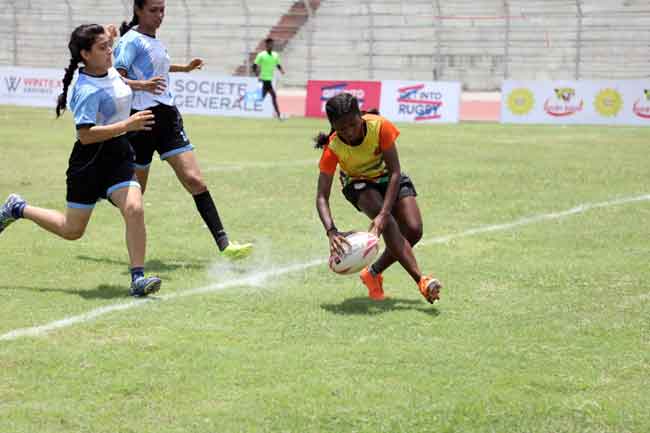 Odisha Channel Bureau
Bhubaneswar: The Indian Rugby Football Union (IRFU) aka Rugby India, the governing body for the sport of rugby in India in association with The Government of Odisha, Societe Generale, KIIT University and Odisha Rugby Football Association are hosting the 8th Senior National Rugby Sevens Championship at the KIIT University, Bhubaneswar, Odisha from 17th to 19th December, 2021.

Nasser Hussain, Chief Executive Officer, Rugby India said – “The Senior Nationals 2021 will be the biggest national rugby event ever hosted by the Indian Rugby Football Union till date. 27 states and union territories from across the length and breadth of India, will take part in the mega event this weekend. We hope to build on the momentum set by a very successful junior nationals event last week. I urge the Odisha media to support this event and come out to KIIT University to catch the live rugby action. The rugby in store promises to be thrilling and action packed. I would like to wish all the participating teams the very best for the championship”

The senior national tournament will serve as the platform for selection for the Indian Senior Men & Women’s Teams which are set to participate in the Asian Rugby championships in 2022.

This is the second national tournament that Rugby India is hosting in one week. The Junior National Rugby 7s Championship held on December 8th to 10th saw hosts Odisha being crowned champions in the boys while the Bihar girls overcame a strong Delhi side to clinch gold.