Naveen Patnaik releases book ‘Gajapati: A King without a Kingdom’

After Ganga Kings, title of Gajapati was adorned by Kapilendra Deb and his successors uninterruptedly. The royal title is in vogue till date. 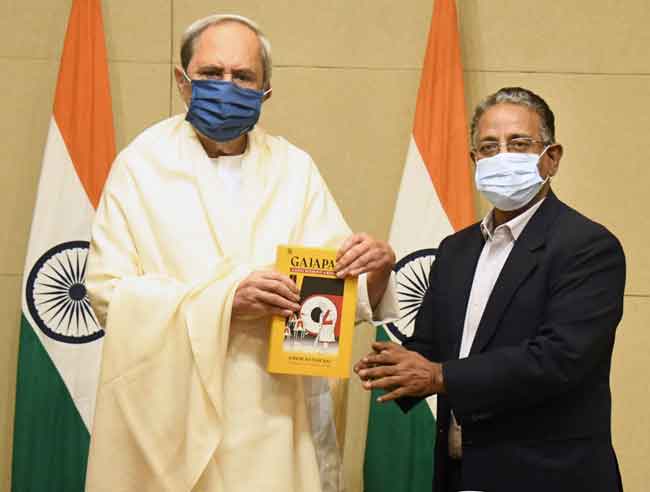 After Ganga Kings, title of Gajapati was adorned by Kapilendra Deb and his successors uninterruptedly. The royal title is in vogue till date.

According to an official release issued by the Office of the Chief Minister, the book highlights a unique facet of ritual association between Gajapati Kings with Lord Jagannath.

Ganga King Chodaganga Deb held Purusottam Jagannath as the supreme. The remarkable association of Gajapati as Adyasevak is a unique aspect in the relationship between the Lord and royalty that earned respect and reverence for the Gajapati.

The distinctive aspect of linkage based on the doctrine of surrender and subordination, was an innovative experiment in statecraft which helped in securing continued trust of people and expanding the kingdom.

Kapilendra Dev’s regime was the pinnacle of Odia glory and grandeur when the kingdom stretched from river Ganges up to river Cauvery.

The long history of Gajapati is an important regional history which people ought to know. There is a need to bring historical facts and facets into public domain.

A rich history deserves attention of students, teachers and general public. Bal’s attempt to present and project the tradition and its myriad narratives is a praiseworthy attempt, said the Chief Minister while releasing the book on December 18 evening.