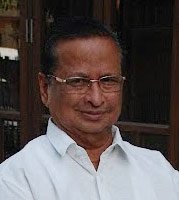 Odisha Channel Bureau Bhubaneswar, Aug 17: Former Minister and senior Congress leader Niranjan Patnaik on Sunday demanded that CBI must subject chit fund scamsters to custodial interrogation to expose the larger conspiracy even at this belated stage.Welcoming the CBI raids to trace money lost by depositors duped into investing in chit fund companies, Patnaik said that while these raids unmask flourishing of chit fund companies under the patronage of BJD leaders and bigwigs, they can at best be preliminary steps in a long and complex investigation.“Obviously the scamsters had been anticipating these raids for a long time and must have either destroyed records or recreated documents to protect them from criminal liability,” he said in a statement.“I was not surprised that a prominent BJD leader raided by the CBI is confident that the investigating agency would have found nothing against him.No one anticipating a CBI raid will hold on to incriminating material.”On May 8, 2013 Patnaik had written a letter to the Chief Minister accusing that chit fund companies had been allowed to function right under the nose of the government and accorded legitimacy by BJD leaders.“An ordinary depositor was bound to be deceived if MLAs, MPs, Ministers and even the Chief Minister take part in events organised by scamsters, thereby endorsing them as reliable and legitimate.At many places the offices of chit fund companies were located right in front of police stations and mostly police knew about them,” he observed.On May 9-10, 2013 the state government had asked the police to conduct statewide raids which resulted in more than 300 cases getting registered in a couple of days exposing the scale of the fraud.“How did the police discover so many companies overnight unless they knew them well and for years,” he queried.But, the Government refused to hand over investigation to the CBI and allowed the state police to do as much of a white-wash as possible to minimise the damage to the BJD’s reputation, particularly before the election.“From May 2013 and once the apex court decided that the cases will be handed over to the CBI the scamsters had almost 15 months to destroy records and tamper with evidence.Not much will be gained by these searches after the horse had bolted long back.Also, why have suspect Ministers in the Government spared as of now?”“CBI must subject all these people they are raiding to custodial interrogation.Why has the CBI not examined the jailed scamsters? They are in Jharpada jail and CBI is moving around the country side in search of clues to the conspiracy.What stops the CBI from taking Pradeep Sethi, Prasant Dash and others on remand,” Patnaik asked.“Pradeep Sethi had taken the name of politicians and ministers in a TV interview and he can provide evidence to the CBI to substantiate his charge.What has surfaced till now is the proverbial ‘tip of the ice berg’.Some assets of these companies have been confiscated by the state police.But, there is no trace of 80% of the money defrauded and CBI has to do a lot more to do justice to the hapless victims of the largest fraud in Odisha history.” Bigwigs, who benefited by the duping of lakhs of poor depositors, must be taken to custody and interrogated, he said.“I expect all political parties to take exemplary action against whoever is involved in this loot.Political parties do not need a court order to get rid of these elements from public life.If anyone from the Congress is involved he must be expelled from the party swiftly,” Patnaik added.