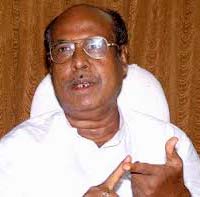 Odisha Channel Bureau Bhubaneswar, Sep 20: Senior leader of Odisha’s ruling Biju Janata Dal Prafulla Ghadai was today expelled from the party by Chief Minister and BJD president Naveen Patnaik“Prafulla Ghadai has been expelled from the party for his anti-party activities,” Patnaik told journalists. The action against Ghadai was taken after he exposed the Naveen “myth” in an exclusive interview with leading Odia daily ‘Sambad’, making Patnaik fuming with anger.A coterie comprising Kalpataru, Pandian, Pinaki, and Prabhakaran has made Naveen Patnaik dance to its tune, Ghadai has claimed.Ghadai, who was denied a BJD ticket to contest the Assembly election earlier this year, said in the interview that Naveen was good at taking revenge and clipping the wings of senior leaders of the party to keep his chair intact.As soon as news about Ghadai’s interview spread in Odisha since morning, Patnaik called Ghadai to his residence and gave him a severe reprimand for what all he had told the newspaper.The full text of Ghadai’s interview, portions of which is published in today’s edition of `Sambad’, will appear in the newspaper on Sunday.