Obama and Modi to share thoughts on `Mann ki Baat’ 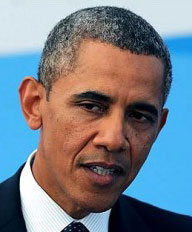 Odisha Channel Bureau New Delhi, Jan 22: US president Barack Obama and Prime Minister Narendra Modi will share their thoughts together on the next episode of `Mann ki Baat’ on All India Radio, to be aired on January 27.”This month’s ‘Mann Ki Baat’ episode will be a special one, where our Republic Day guest President Barack Obama and I will share our thoughts together,” Modi twitted this morning about the joint address.“I am eagerly looking forward to the special ‘Mann Ki Baat’ programme with President Barack Obama, which will be aired on 27th January.”’Mann Ki Baat’ with President Barack Obama will not be complete without your participation! Send your Qs till the 25th, using #AskObamaModi#AskObamaModi & be a part of this memorable ‘Mann Ki Baat’ programme, illustrating a special bond between India & USA, the Prime Minister said.Additionally, MyGov gives you the opportunity to post your questions on a specially created Open Forum.http://mygov.in/groupissue/questions-for-special-mann-ki-baat-programme-with-pm-modi-and-president-obama/show …” said the Prime Minister.