Congress will fight for cyclone-hit farmers of Odisha: Rahul Gandhi 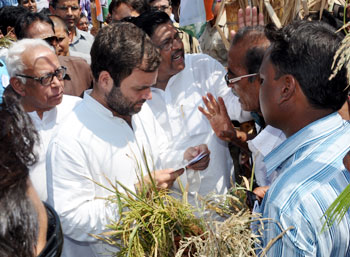 Odisha Channel Bureau Koraput, Oct 20: Congress vice president Rahul Gandhi today said that his party will mount pressure on the Centre as well as the State Government to ensure maximum and timely assistance to farmers affected by cyclone Hudhud in southern Odisha.Interacting with cyclone-hit farmers at Jeypore during his visit to the district, Gandhi told the affected farmers that Congress will highlight the plight of the farmers of the cyclone-hit areas of Odisha both in the Lok Sabha and State Assembly.“I have come here to get a firsthand account of the damages caused by the cyclone and learn about the plight and sufferings of farmers whose crops were ruined,” the Congress leader said during an interaction with the farmers.The farmers showed Gandhi the damaged paddy crops they carried from their respective areas. 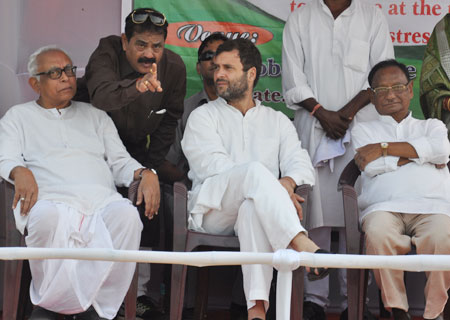