Relegated to the fringe, will the Congress find its mojo back! 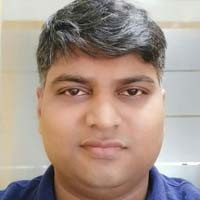 Since Independence, State after State had fallen prey to the often ‘invisible’ sentiment of Caste, Region, and Religion!

Starting with caste sentiment of the 1960s in Tamil Nadu, to religion sentiment of the 1990s in the Hindi heartland, to the regional sentiment of 2014 in Telangana – each of these episodes has given rise to a new political doctrine in India; and each time, the biggest loser has been the Congress — the ‘Grand Old Party of India’.

The Election Commission of India has sounded the poll bugle for Bihar, and this could possibly be the last opportunity for the Congress party to find its mojo back. The big question is — Is Rahul Gandhi prepared to take on the Modi might?

Taking a closer look at the poll-bound State and analysing prospects of the Congress, there is a multitude of factors that will not work in favour of ‘Team Rahul’ in 2020, and these would also have a telling impact on future elections. A closer look suggests that the ‘sentiments’ of caste and region will be the biggest factor in Bihar! And the Congress is on a weak wicket.

While the Congress party’s action or inaction in Bihar led to the political alliance with Tejaswi Yadav and his Rashtriya Janata Dal; the net result suggests that the oldest political party is depending on the charisma of a rookie whose own victory is not guaranteed. And at the end of it all, Congress will remain a minority partner even in the Opposition!

BJP, JD(U), and RJD form the three dimensions of the Bihar political triangle, leaving no scape of significance to the Congress. Not just in Bihar, the Congress prospects are hurting in every State.

With elections only days away, the Congress is trying hard to counter the development narrative of Chief Minister Nitish Kumar and Prime Minister Narendra Modi which is unlikely to have an effective counter to the ‘sentiment’ being evoked by the party in power.

Though Tejaswi Yadav and the Congress party are striving hard to convince people over allegations of Governance inefficiency and the Chief Minister moving away from his past secular credentials, the loosely formed alliance of Opposition parties is failing to build a counter.

Congress party has got 70 seats to contest as a part of the Mahagathbandhan. In the last election, Congress had won in 27 assembly constituencies. The Opposition’s campaign will primarily focus on the discord within NDA, after LJP decided to go solo in the assembly elections following differences with the ruling JD(U).

However, trouble seem to be brewing in the Congress over candidates’ selection following allegations of irregularities in ticket distribution. The vociferous protest over offering tickets to tainted leaders prompted Rahul to step in to douse the fire by forming six panels to oversee the party’s preparations.

The author is a political communications specialist; and has worked in Odisha, Chhattisgarh, Telangana and other States.