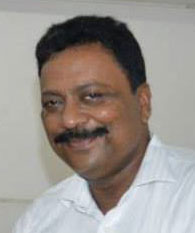 Odisha Channel Bureau Bhubaneswar, Nov 6: Social activist and Member of Transparency International India Biswajit Mohanty has written a letter to Odisha Government demanding an enquiry into the affairs of Odisha Mining Corporation (OMC) which allegedly deprived the State Government of huge profits by way of dividends and royalty by not taking advantage of the mining boom due to lack of working of its mines.In a statement, Mohanty alleged on Thursday that the majority of OMC mines were closed due to lack of forest clearance which was kept pending by State Government offices.“The management connived with the private miners not to work the mines intentionally and allow the private miners to make huge profits by feeding the demand,” Mohanty said.OMC has lost an estimated Rs.73,500 crores of turnover during the last five years and the State could have got a dividend of Rs.62,475 crores from this PSU which would have enabled it to develop the State, he observed.In his letter to the Secretary-cum-Commissioner, Steel and Mines Department, Government of Odisha, Mohanty submitted that “the OMC holds mining leases over 18 mines of iron ore and manganese in the State of Odisha out of which only 4 mines were working as on 31.3.2014.“Thirteen mines are not working due to lack of statutory clearances like Forest and Environment Clearance, and one mine (Mahaparbat) is not working because of local problem,” he said.Mohanty has demanded a full-fledged enquiry into the affairs of the OMC to look into the three issues raised by him in the letter; 1) The reasons why the clearances were not obtained in time which would ensured the working of the mines and lead to increased output and enhanced revenue earnings for OMC as well as royalty for the state government.2) The role of officers of OMC and their conspiracy with private mining lessees to sabotage the Forest /Environment clearance processes in order to ensure that OMC did not achieve full production of all its mining leases.3) The total financial loss caused to government due to the non-working of mines.