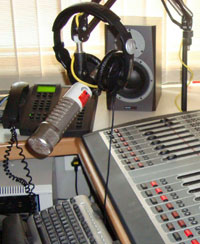 Odisha Channel Bureau Bhubaneswar, Jan 17: The Centre has approved 18 new FM radio channels in the eight North-Eastern States and 15 new FM radio channels in Jammu & Kashmir, according to a PIB release.Announcing this today, Union Minister of State (Independent Charge) of the Ministry of Development of North Eastern Region (DoNER) Jitendra Singh hailed it as a New Year gift for the border States of Jammu & Kashmir and North-East.Out of the 15 new FM channels to be launched in J&K, 3 each will be in Kathua and Bhaderwah.Of the remaining 9 channels, 3 each will be in Kargil, Leh and Poonch.In North-East, 3 channels each will be launched in the six towns of Haflong and Dhubri in Assam, Jowai in Meghalaya, Lung-lei in Mizoram, Mokukchung in Nagaland and Belonia in Tripura.This is in addition to the existing 12 FM channels which are already functional in the North-East.Singh said the new channels are being launched with the special objective of extending the reach and impact of radio to the border areas, where other means of telecast or broadcast are not available.Radio is still the most easily available and convenient medium of broadcast even in such peripheral areas where television telecast is not accessible and the added advantage is that radio broadcast can be tuned even without electricity, he observed.Singh said he has also urged upon the concerned Ministries to install these proposed channels with a higher frequency compared to the already existing channels so that they can better broadcast services in the border areas.These channels may however, not be permitted to put out their own news broadcasts and in case the news has to be broadcast, it will be taken from the All India Radio (Akashvani), he added.