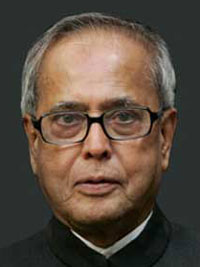 Odisha Channel Bureau New Delhi, Jan 28: President Pranab Mukherjee has approved the Odisha Lokayukta Bill on Wednesday, making Odisha the first state to have such legislation.The Bill, which was unanimously passed in the Odisha Assembly in February last year, has now become an Act after the President’s approval.Under the provisions of the Act, the incumbent Chief Minister, former Chief Ministers, public servants, NGOs, contractors (firms and persons) dealing with government money, will come under purview of a six-member panel.The panel would be selected by a committee headed by the Chief Minister and would include Leader of Opposition, Chief Justice of Orissa High Court or a judge nominated by the Chief Justice and a jurist appointed by the Governor.The Lokayukta would be headed by a Chairman who would be appointed by the Governor on the recommendation of the selection committee.The Chairman would either be a sitting or a retired High Court judge.The other members would include at least two judicial members, women, scheduled caste, scheduled tribe or minority.The Bill, having provisions similar to that of the Central Act which was passed in Parliament in December, 2013, was unanimously passed in the State Assembly last year after a two-day discussion.Though Odisha earlier had Lokpal and Lokayukta Act, 1995, it was not empowered to attach or confiscate properties of persons or organisations against whom prima facie corruption is established.Now the Lokayukta investigating into corruption cases will be empowered to attach properties of the guilty for a period of 90 days.According to the provisions of the Bill, the Lokayukta will constitute an inquiry wing headed by the Director of inquiry for the purpose of conducting preliminary inquiry into the offence alleged to have been committed by a public servant punishable under the Prevention of Corruption Act, 1988.The State Government will constitute special courts as recommended by Lokayukta to hear and decide the cases arising out of the Prevention of Corruption Act or under the Odisha Lokayukta Act.The chairman will hold office for five years from the date he assumes office or until he attains the age of 70 years, whichever is earlier.Lokayukta will not inquire into complaint made against the chairperson or any other member.The Bill has provision of penalty for those making false and frivolous or vexatious complaint with imprisonment upto one year with fine which may extend up to Rs.1 lakh.