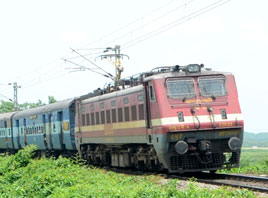 Odisha Channel Bureau Bhubaneswar, Feb 1: Three persons travelling in a car were killed when a passenger train rammed into their vehicle in Nuapada district of Odisha this morning.According to reports, the accident took place at an unmanned level crossing near Kalyanpur at 7.40 am.The car was crossing the railway track at Kalyanpur between Nuapada and Khariar railways stations when it was hit by the moving train, according to the police.The Bhawanipatna-Raipur passenger train which hit the car was on its way to Raipur.All the three people in the car, including the driver, were killed on the spot.As train services on the route was affected, hundreds of people from nearby villagers staged dharna demanding construction of a level crossing.The villagers, however, withdrew from the agitation in the afternoon after railway officials promised to construct a temporary level crossing soon.